Vadra had on Sunday said that he will be playing "a larger role in serving the people" after the ongoing cases against him are over, sparking speculation that he may also follow his wife in joining politics. 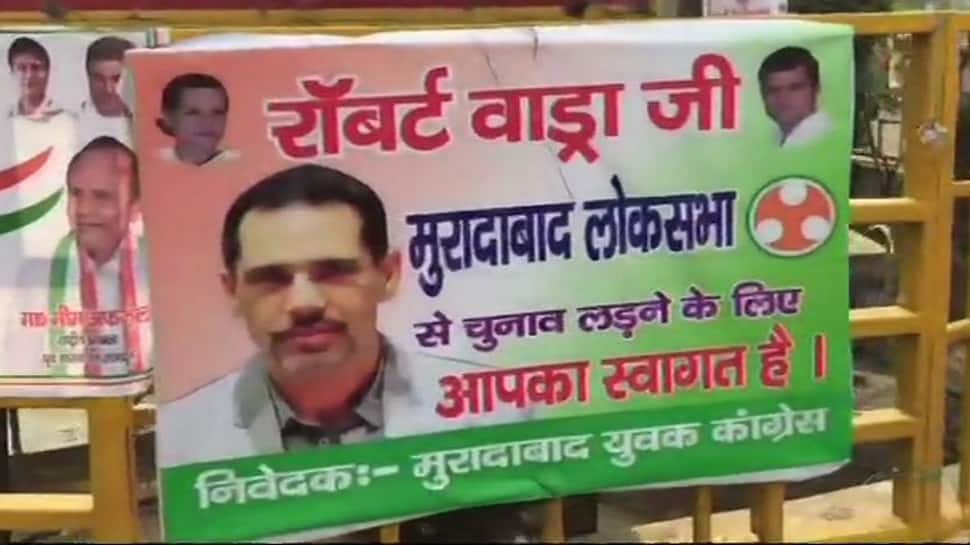 LUCKNOW: Days after Priyanka Gandhi assumed charge as the general secretary of the Congress, posters have been put in Uttar Pradesh's Moradabad welcoming her husband Robert Vadra to contest Lok Sabha election from the seat.

Vadra had also earlier in the day on Sunday said that he will be playing "a larger role in serving the people" after the ongoing cases against him are over, sparking speculation that he may also follow his wife in joining politics.

In a Facebook post, Vadra wrote about years and months he spent campaigning and working in different parts of the country, mainly in Uttar Pradesh, and claimed that it gave him a feeling to do more for the people.
"All these years of experience and learning cannot be just wasted and should be put to better use... Once all these accusations and allegations are over, I feel I should dedicate a larger role in serving the people," Vadra wrote.

The Congress, however, played down the suggestion that Vadra, the brother-in-law of party president Rahul Gandhi, wanted to join politics. Congress said that Vadra has been associated with NGOs for long and worked for the society, and that it is everyone's duty to use their qualities to serve the people.

"Will he need Modi ji (Prime Minister Narendra Modi) permission to do work related to people?" Congress spokesperson Pawan Khera said adding that such hints are for the media to draw.

Investigating agencies have been probing him in criminal cases of alleged corruption and money laundering, charges often dismissed as a political vendetta by Vadra.

Disappointed at being ignored in BJP-Sena alliance: Ramdas Athawale