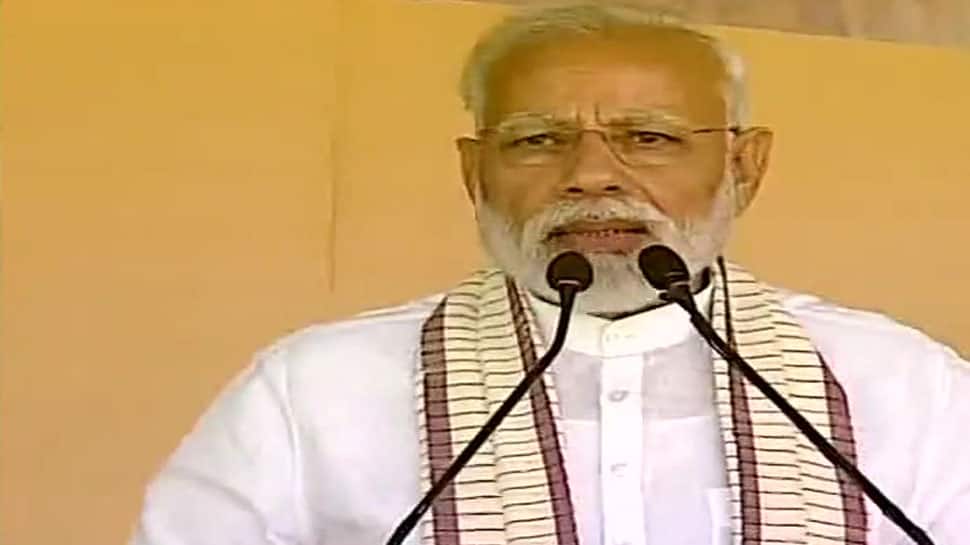 Modi was in Varanasi on Tuesday and he addressed two meetings in the city. The Prime Minister also launched development projects worth Rs 3,000 crore during his visit to Varanasi, which is also his Lok Sabha constituency.

"Guruji had said that there should be no discrimination on the basis of caste. Till caste discrimination is there, people cannot connect with each other, social harmony is not possible and equality cannot be ensured," Modi said.

"Identify those who in their self-interest, create caste discrimination and promote it," he urged, without taking any names.

Guru Ravidas was a prominent saint from the Bhakti movement of the 15th and the 16th centuries. Born in Varanasi, the revered saint's hymns often addressed caste issues.

"He dreamt of a society where all are taken care of. We have tried to follow this tenet during the past four and a half years with 'Sabka Sath, Sabka Vikas' (inclusive development)," the prime minister said.

"My government focused on `panchdharma' -- education, income, medicine, irrigation and addressing public grievances -- irrespective of caste, creed and other factors. Unfortunately, caste discrimination has not been removed till now. The New India will witness this change with the help of the youth," he added.