Priyanka, who was abroad when she was appointed to the party post on January 23, returned to the national capital on Monday. 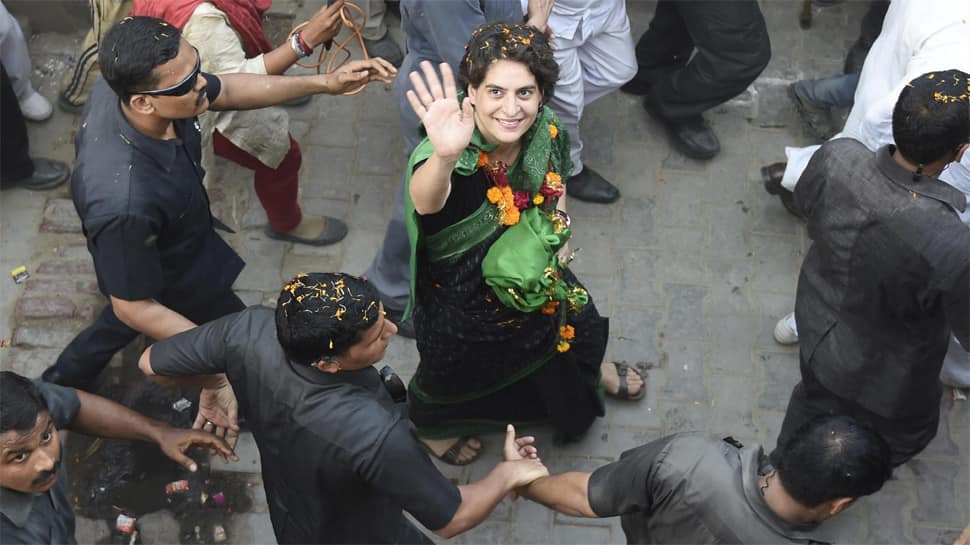 NEW DELHI: Newly appointed Congress general secretary Priyanka Gandhi Vadra is likely to make an official entry into politics with a roadshow in Lucknow on February 11. Priyanka met Congress chief and her brother Rahul on Monday at his Tuglak Road residence. Priyanka, who was abroad when she was appointed to the party post on January 23, returned to the national capital on Monday.

In the meeting between Rahul and Priyanka, Congress general secretary for UP West Jyotiraditya Scindia was also present. Scindia had spearheaded the party's campaign in Madhya Pradesh to dislodge the 15-year-old Bharatiya Janata Party (BJP) government in the state in the Assembly elections held in December 2018.

Priyanka is likely to visit Lucknow for the first time after becoming the General Secretary and meet office-bearers and workers at the party headquarters.

Priyanka has been assigned the room next to Rahul at the party headquarters on Akbar Road in Delhi. She will attend the first official meeting of the Congress party after assuming the new role on Thursday. The meeting of all general secretaries and in-charges of various states has been convened by Rahul to plan the strategy for the Lok Sabha election due in April-May.

Rahul has also called a meeting of state chiefs and Congress Legislature Party leaders on Saturday in the national capital to review preparedness for the general election.

This is the first time that Priyanka has been given a post in the party and will be officially involved in the campaigning. Up till now, Priyanka's involvement with the party was limited to campaigning in Rae Bareli and Amethi Lok Sabha constituencies represented by her mother Sonia Gandhi and Rahul respectively.