Singh said that Congress does not need to buy opposition MLAs because the party already has a comfortable majority in the state assembly. 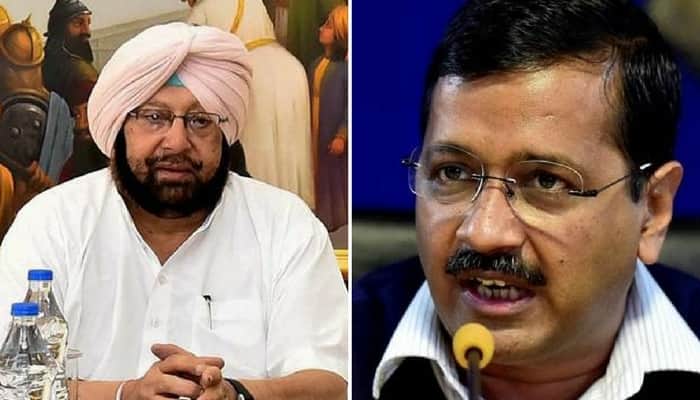 CHANDIGARH: Punjab Chief Minister Amarinder Singh on Sunday rejected AAP's allegations that the Congress was offering money and plum posts to opposition MLAs in order to lure them to the Congress, saying that Arvind Kejriwal-led AAP had lost the support of the people in state and are trying to mislead people by resorting to falsehood.

Singh said that Congress does not need to buy opposition MLAs because the party already has a comfortable majority in the state assembly. "It's a case of sheer frustration over AAP's complete failure to mop up support and keep the party intact in Punjab," he said.

The Punjab CM said that the AP has failed to grab the attention of voters in the state and this is the main reason why the party is indulging in these kinds of gimmickry. He advised the AAP to stop fabricating lies and try to focus on doing things which can help the image of the party.

Singh stressed that the AAP cannot earn the trust of the voters by hurling false accusations at the Congress, PTI reported.

It may be recalled that the state unit president of AAP and Sangrur MP Bhagwant Mann had said few days ago that the Congress had been offering Rs 10 crore and plum posts to AAP MLAs if they are ready to leave the AAP and join the Congress.

Meanwhile, former AAP MLA Vijay Kumar Sathi on Thursday joined the Congress. Sathi was welcomed into the Congress by Amarinder Singh himself who said that many AAP leaders are quitting the party and joining Congress because they are disappointed with the policies of AAP as well as other parties in Punjab.

It may be recalled that Sathi had quit the primary membership of the AAP in January 2015. Talking to media after joining the Congress, Sathi had said that he would work hard to ensure that Congress win all seats from Punjab in upcoming Lok Sabha polls.

The polling for the 13 Lok Sabha seats in Punjab will be held on May 19 in the seventh and final phase. The counting is scheduled to take place on May 23.