Rahul Gandhi agrees alliance with TMC would be a disaster for party in polls: Congress WB chief

Majority of the state Congress unit is against forging any sort of alliance with the TMC in Bengal as they feel TMC since its rise to power in 2011 has worked towards weakening the Congress by poaching on its elected representatives. 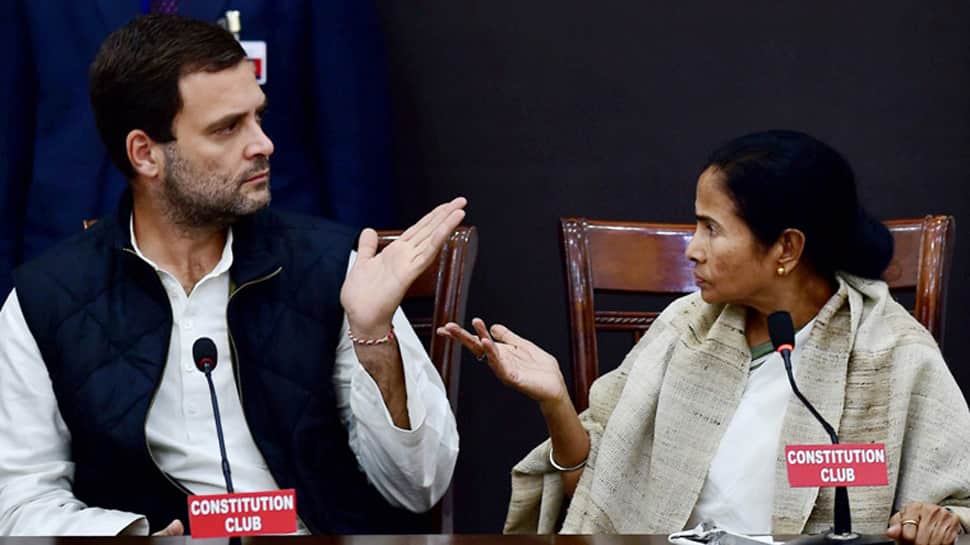 Kolkata: West Bengal Congress president Somen Mitra said Saturday that party president Rahul Gandhi has "agreed" with their views of not forging any alliance with the Trinamool Congress in the state in the coming parliamentary election and that he has left it to the state leadership to decide the electoral strategy.

Mitra said Gandhi has given them the go-ahead on initiating talks with democratic and secular forces in the state.

"Our party president has agreed with our views that aligning with TMC would be a disaster for the party in the state as it is because of TMC that BJP is gaining ground in Bengal. Rahulji has told us to prepare our own strategy and he has told us that he would agree with it," Mitra told PTI from New Delhi.

Asked if this will open the door for forging alliance with the CPI(M)-led Left Front in the state, Mitra said they would discuss the matter in the party.

"We would talk to secular and democratic forces, including the Left. But before initiating talks we would discuss the matter within our party," he said.

Majority of the state Congress unit is against forging any sort of alliance with the TMC in Bengal as they feel TMC since its rise to power in 2011 has worked towards weakening the Congress by poaching on its elected representatives.

Gandhi held a meeting with state Congress chiefs and Congress Legislature Party leaders in Delhi on Saturday to review the party's preparedness for the Lok Sabha polls.

Gandhi asked senior office-bearers of the party to aggressively raise the Modi government's "dictatorial style" of governance and "burning issues" such as farm distress and unemployment in the Lok Sabha poll campaign.