Rahul Gandhi on visit to Manipur, Tripura on Wednesday, here's his schedule

Rahul Gandhi had arrived in Imphal on Tuesday evening for a two-day visit to Manipur. 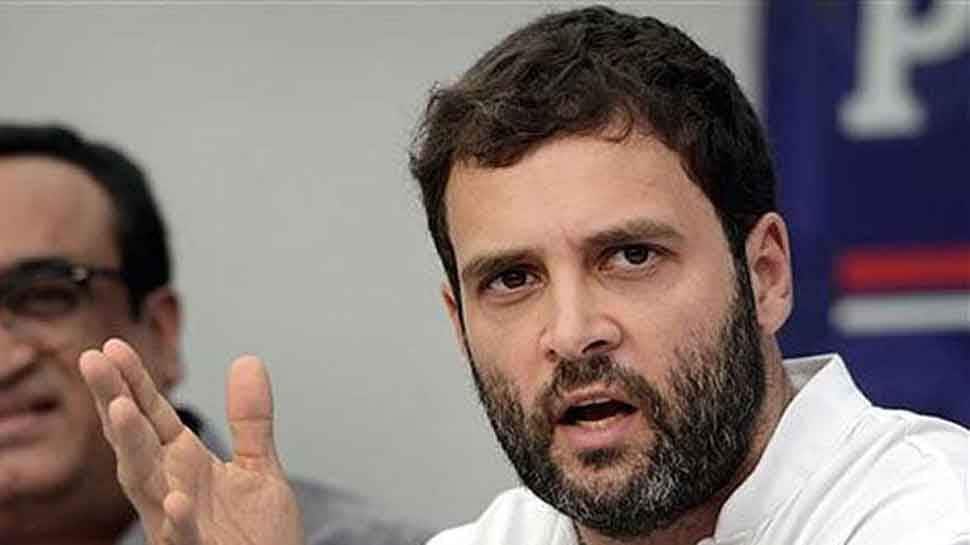 New Delhi: Congress president Rahul Gandhi, who is on a visit to the Northeast, will be in Manipur and Tripura on March 20, Wednesday.

In the morning, he will participate in a conversation with the students at Manipur State Film Development Society Auditorium in Imphal.

Following this, the Congress chief will address a public meeting at Hapta Kangjeibung Ground in the state capital.

In the afternoon, the Rahul Gandhi will visit Tripura where he will address another public meeting at Khumpui Academy Ground in Agartala's Khumulwng.

The Gandhi scion launched his party's election campaign for the upcoming Lok Sabha poll in the Northeast from Arunachal Pradesh's Itanagar. He had arrived in Imphal on Tuesday evening for a two-day visit to Manipur.

* 9:30 am: Dialogue for Democracy: A Conversation with Students of Manipur at Manipur State Film Development Society Auditorium, Imphal, Manipur