Rahul Gandhi will just have 3 words to say if you take out lies and bluffs from his speech: Arun Jaitley

On being asked how much Jaitley would rate the Gandhi scion as an opposition, the Finance Minister said, "I pray that everyone has a political opponent like Rahul Gandhi." 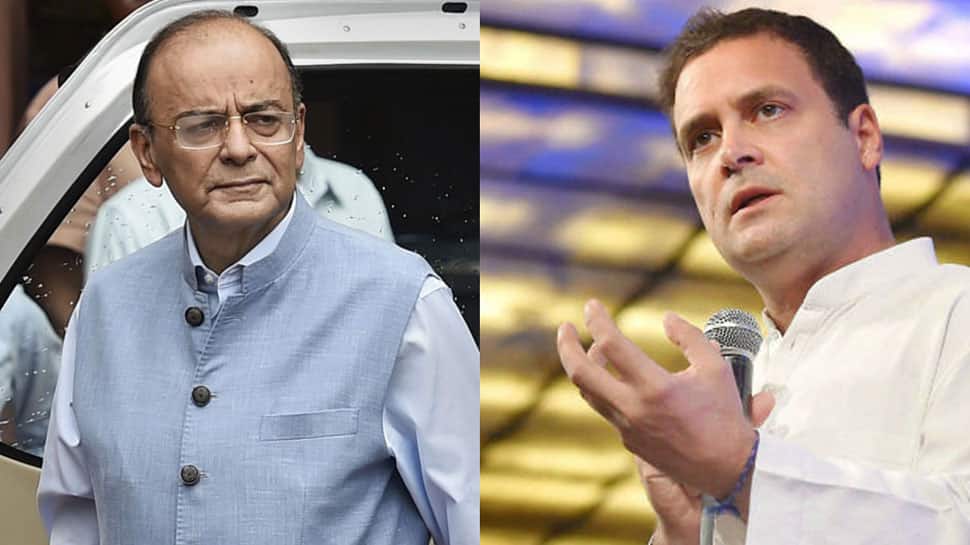 In an interview with Zee News, Jaitley slammed the Gandhi family and said, "Rahul Gandhi is bluffing. Jawaharlal Nehru and Indira Gandhi also gave similar slogans about removing poverty. Rajiv Gandhi was the "Mr Clean" and he became the prime minister but there were so many scams. Why did Congress not implemented such a scheme when it was in power for the last 50 years."

He added that the Prime Minister has been a chowkidar for the last five years. He has been extremely strict on corruption and has acted against anyone who has been involved in scams and this has led the Rahul Gandhi to abuse him.

On being asked how much Jaitley would rate the Gandhi scion as an opposition, the Finance Minister said, "I pray that everyone has a political opponent like Rahul Gandhi."

He attacked the Gandhis over their dynasty-based rule. Jaitley said, "On one side there is a leader who comes from a family where it is all about the dynasty. On the other side, we had a leader who came from a humble and poor background. He sold tea during his childhood to earn his living.

"All the dynasty-based parties were demolished in the last Lok Sabha election. The real change will be when even a common person will be able to become a minister due to his or her hard work and merit."