Rahul Gandhi appealed to the voters of Amethi to re-elect him and promised to give momentum to the development works "blocked" by the BJP. 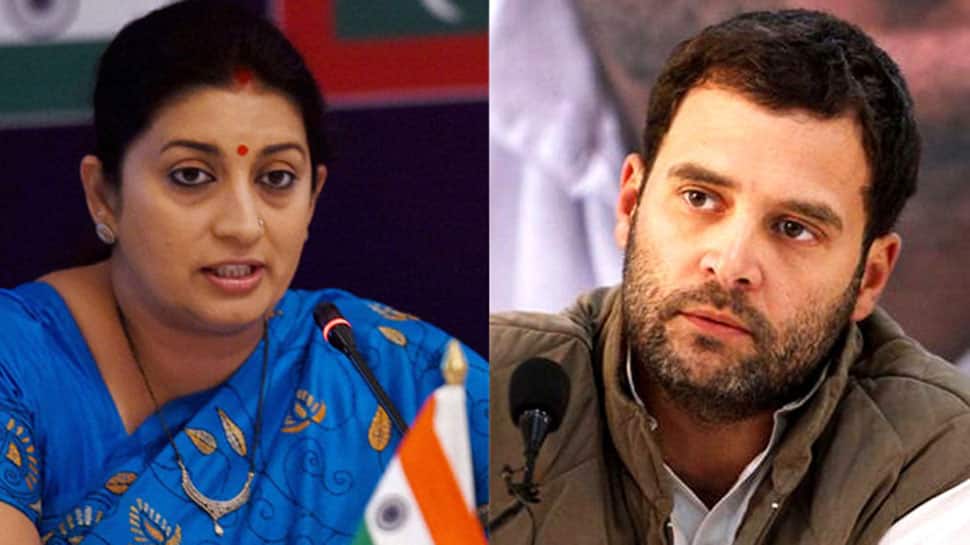 Amethi: Union minister Smriti Irani took a sharp dig at Congress president Rahul Gandhi over his letter to the people of Amethi, which he shared on Facebook on Friday.

In the letter written in Hindi to his 'Amethi parivar', Rahul appealed to the voters of his constituency to re-elect him and promised to give momentum to the development works "blocked" by the Bharatiya Janata Party (BJP). He also mentioned that the strength of Amethi lies in its honesty, simplicity and integrity.

"It is my promise to the people of Amethi that the moment the Congress comes to power at the centre, the schemes blocked by the BJP will be started. On 6 May, vote in large numbers to bring back this member of the family," read Rahul's letter. He also accused the BJP of setting up a "factory of lies."

The Congress president has represented Amethi since 2004. This time, he has also filed his nomination from Kerala's Wayanad.