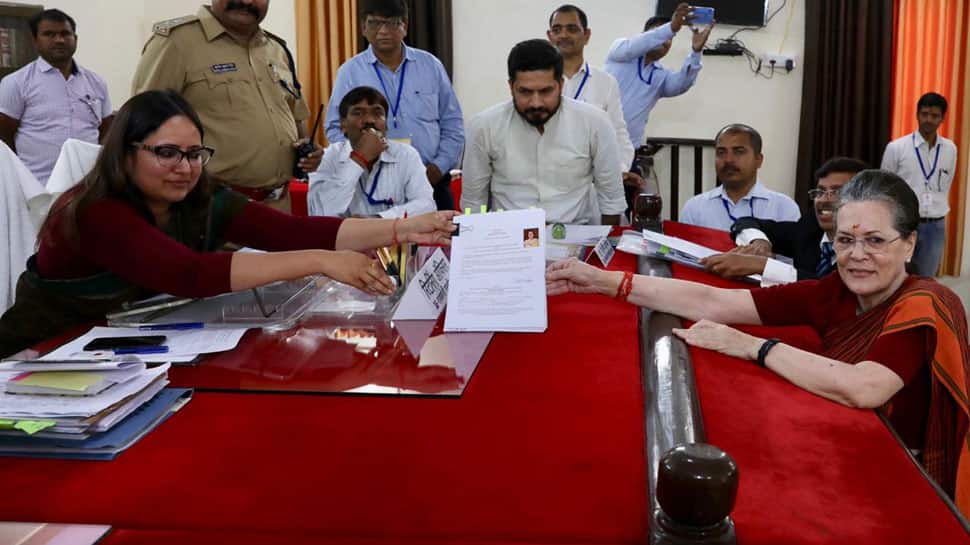 Talking to media after filing her nomination, Sonia attacked Prime Minister Narendra Modi and said that he must not think that he is invincible. She reminded the media of 2004 when everyone thought that then Prime Minister Atal Bihari Vajpayee was invincible but the Congress defeated him.

Rahul Gandhi also talked to media and said, "There have been many people in Indian history who had arrogance to believe that they're invincible & bigger than the people of India. Narendra Modi for the last 5 yrs has done nothing for the ppl of India.His invincibility will be in full view after election results."

Rae Bareli is a bastion of the Gandhis as Sonia Gandhi has won from here for four times. This time Sonia Gandhi is up against BJP's Dinesh Pratap Singh. It is to be noted that Dinesh Singh had joined the BJP after quitting the Congress few weeks ago. The Samajwadi Party and the Bahujan Samaj Party have not fielded their candidates from Rae Bareli.

The constituency has five assembly segments -  Bachhrawan, Harchandpur, Rae Bareli, Sareni and Unchahar. Rae Bareli has been represented by Feroze Gandhi, Indira Gandhi, Arun Nehru, Sheila Kaul and Satish Sharma in the past.