Prime Minister Narendra Modi said in an interview that the West Bengal Chief Minister sends him kurtas and sweets every year. 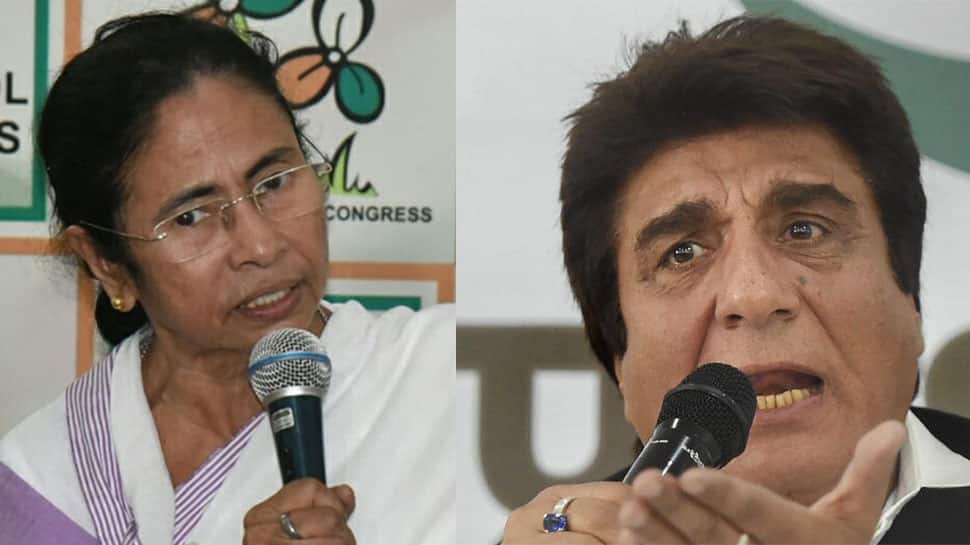 Questioning Mamata's anti-BJP stance, the actor-turned-politician said, “Rahul Gandhi has made it clear that whoever has been fighting against BJP, Congress is with them. If Mamata didi sends flowers and sweet to Modi we have to think.”

“Two products from West Bengal are famous across the world. One is sweets made of cottage cheese and another is the 'kurta'. But till date, Mamata ji has not sent these two to us or anyone else. If she wants to gift them, she sends it to only one person. So, you can understand that she knows the size of a kurta. Earlier, we used to raise questions if the size of his chest is 56 inches or not,” he said.

Speaking at a conference, Babbar added that he won't attack Trinamool over this.

“Won't make any comment against TMC. Congress and TMC are fighting separately but our fight is against BJP. We won't say anything against the parties which have been fighting against BJP. It's not the leaders but the public who decide the fate of the government. Every institution of our country now under attack under BJP regime. It's not a party but a threat for the country,” he said.

Alleging that violence is increasing in West Bengal, Babbar said, “Mamata Banerjee's party doesn't want any other party to stand on its own. They dont have any connection with people. For their own benefit violence being spread.”

The Congress leader added that Rahul Gandhi is the only alternative in the current political environment.

“Rahul Gandhi is the only alternative who have been working for people. If BJP gets to keep its feet here in Bengal, which is against the culture of Bengal, the responsibility would only be on Mamata Banerjee's party.”

In an interview with actor Akshay Kumar, PM Modi claimed that he has many "good friends" in the Opposition including the Mamata, who gifts him two-three kurtas and sweets every year.

"Mamata didi saal me aaj bhi mujhe ek-do kurte wo khud select karne jati hain (Even today Mamata didi herself selects one-two Kurtas for me in the year). She sends one-two Kurtas for me. Even Bangladesh Prime Minister Sheikh Hasina sends sweets to me three-four times in a year especially from Dhaka. When Mamata didi got to know this, then she also started sending sweets for me one or two times in a year," the Prime Minister said.

Mamata has been openly critical about PM Modi and BJP-led NDA government, questioning their initiatives such as Goods and Services Tax (GST) and demonetisation.