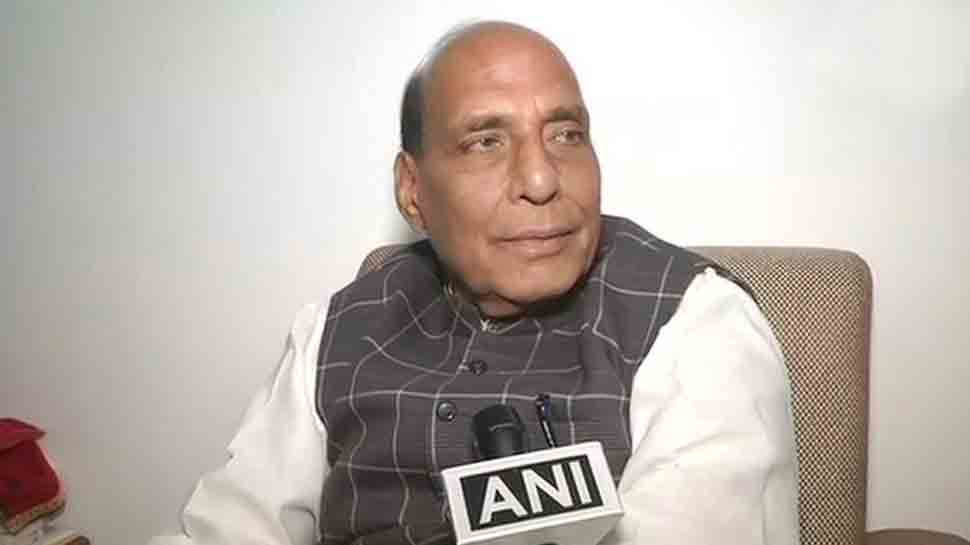 New Delhi: Union Home Minister Rajnath Singh, who is contesting from Lucknow Lok Sabha constituency in Uttar Pradesh, on Monday filed his nomination papers for the seat. Rajnath, who is seeking a second term from Lucknow, will be contesting against actor-turned-politician Shatrughan Sinha's wife Poonam Sinha, who joined the Samajwadi Party today.

Poonam Sinha joined SP almost a week after Shatrughan joined the Congress after quitting the BJP, with whom he had an almost three-decade-long association. Poonam was inducted into the party in the presence of SP leader and party chief Akhilesh Yadav`s wife Dimple Yadav.

Reacting to Poonam contesting from Lucknow on Samajwadi Party ticket, Rajnath told news agency ANI, "Yes, somebody must contest. That is the beauty of democracy. We will fight elections with full dignity. Lucknow is known for its warmth and etiquettes and we will maintain that."

Poonam is expected to file her nomination from Lucknow on April 18.

In the meantime, Congress has not fielded any candidate from Lucknow which has paved a one-on-one face off between Rajnatha and Poonam.

It is to be noted that Samajwadi Party, Bahujan Samaj Party and Rashtriya Lok Dal are contesting the Lok Sabha election in alliance in Uttar Pradesh. The SP will contest on 37 seats, BSP on 38 and RLD on three.

The alliance left two out of 80 seats - Rae Bareli and Amethi for Congress.

The Lok Sabha elections in Uttar Pradesh are being held in all seven phases. The second phase of elections is on April 18 and counting of votes will take place on May 23.

Give me Rs 75 lakh to fight polls or allow me to sell my kidney: Balaghat candidate writes to EC