The Lucknow Lok Sabha constituency in Lucknow has been a stronghold of the Bharatiya Janata Party since 1991 when former prime minister Atal Bihari Vajpayee won the seat for the party. 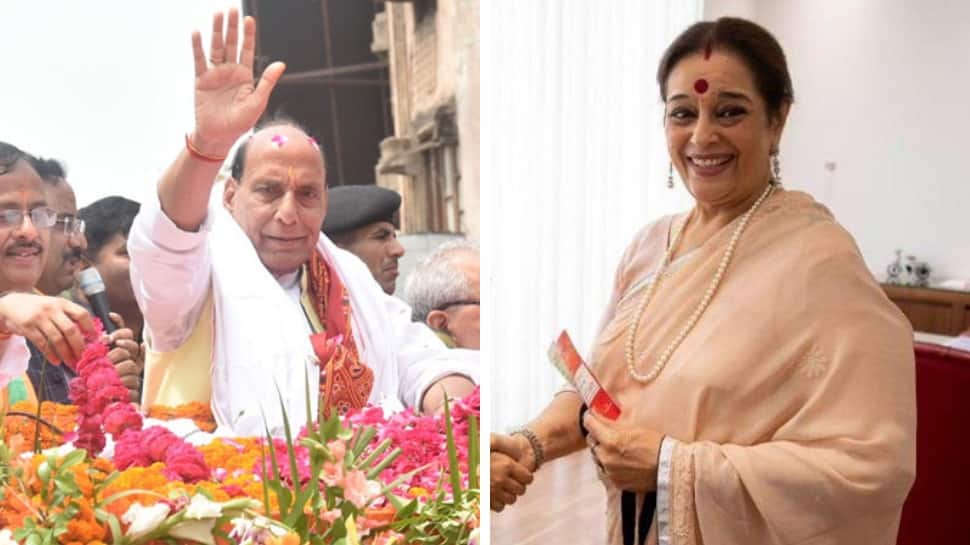 LUCKNOW: On the day when Home Minister Rajnath Singh filed his nomination from Lucknow for the Lok Sabha election, the Samajwadi Party has decided to nominate Poonam Sinha, wife of actor-turned-politician Shatrughan Sinha, from the all-important seat.

Poonam was inducted into the Samajwadi Party on Tuesday in the presence of party MP Dimple Yadav. She also met Samajwadi Party founder Mulayam Singh Yadav after she joined the party. She will be filing her nomination papers on 18 April.

Confirming the development, SP leader Ravidas Mehrotra said: "Poonam Sinha ji will be the SP-BSP-RLD candidate from Lucknow. She will file nomination on April 18. We appeal to the Congress that do not field your candidate from here so that BJP can be defeated."

The Lucknow Lok Sabha constituency in Lucknow has been a stronghold of the Bharatiya Janata Party since 1991 when former prime minister Atal Bihari Vajpayee won the seat for the party. He held that seat for five consecutive terms from 1991-2009 before he stepped out of the electoral race for the 2009 election. Though Vajpayee was no longer the candidate there, the BJP has retained the seat by Lalji Tandon winning in 2009 and Rajnath Singh winning in the 2014 election.

In the 2014 election, Rajnath had won the seat with a massive margin of 2,72,749 votes defeating Congress candidate Rita Bahuguna Joshi, who is now a BJP minister in Uttar Pradesh government.

On Tuesday, Rajnath filed his nomination in Lucknow in the presence of several party leaders and scores of supporters and held a 6-km long roadshow. He also held offered prayers at the Hanuman Setu temple and addressed party workers at the BJP state headquarters. Commenting on the Poonam in the fight, Rajnath said: "Somebody must contest, that is the beauty of democracy. We will fight elections with full dignity."

Lucknow is going to polls on May 6 along with a total of 51 constituencies across seven states in the fifth phase of the Lok Sabha election.