While the central BJP leadership is in favour of an alliance with the AGP, the state BJP unit is against it due to differences over the Citizenship Bill. 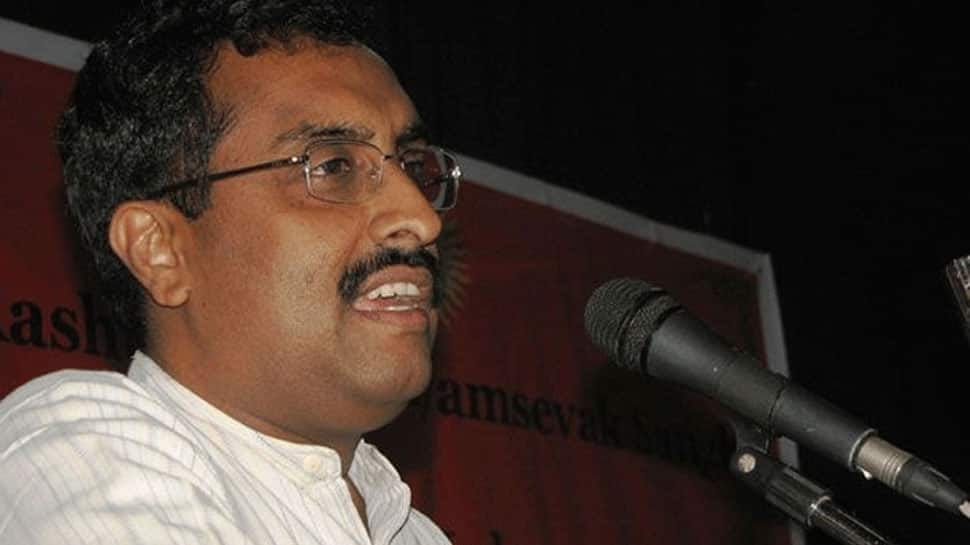 Guwahati: BJP General Secretary Ram Madhav is likely to attempt a deal with his party`s former Assam ally, the Asom Gana Parishad (AGP), as uncertainty over the alliance for the Lok Sabha polls continues.

Madhav arrived here on Tuesday. He is likely to meet all party leaders of all northeastern states, including the BJP leaders, in the evening. He is also expected to cement ties between the AGP and the BJP during his stay here.

The AGP, which contested the 2016 Assam Assembly polls along with the BJP and the Bodoland People`s Front (BPF), formed the government unseating the Congress that had ruled the state for three consecutive terms since 2001.

But the AGP snapped ties with the BJP on January 7 after differences cropped up over the Citizenship (Amendment) Bill, 2016.

While the central BJP leadership is in favour of an alliance with the AGP, the state BJP unit is against it due to differences over the Citizenship Bill.

The AGP is also a divided house over alliance with the BJP, with one section in favour of poll tieup and the other for contesting Lok Sabha polls independently.

A senior AGP leader said the party leadership met on Monday night to finalise the poll strategy, but failed to arrive at a consensus over stitching an alliance with the BJP. It also discussed candidates in 11 of the 14 Lok Sabha constituencies.

"As far as I know the AGP does not want any alliance with anyone before the Lok Sabha polls. I feel the party should contest the Lok Sabha polls on its own," senior AGP leader and former Assam Chief Minister Prafulla Kumar Mahanta said.

Meanwhile, senior BJP leader and Assam`s Finance Minister Himanta Biswa Sarma on Tuesday said: "The alliance has to be ascertained by both parties. We must see whether the grassroots workers of both parties help each other. It is important to assess the situation before having an alliance."