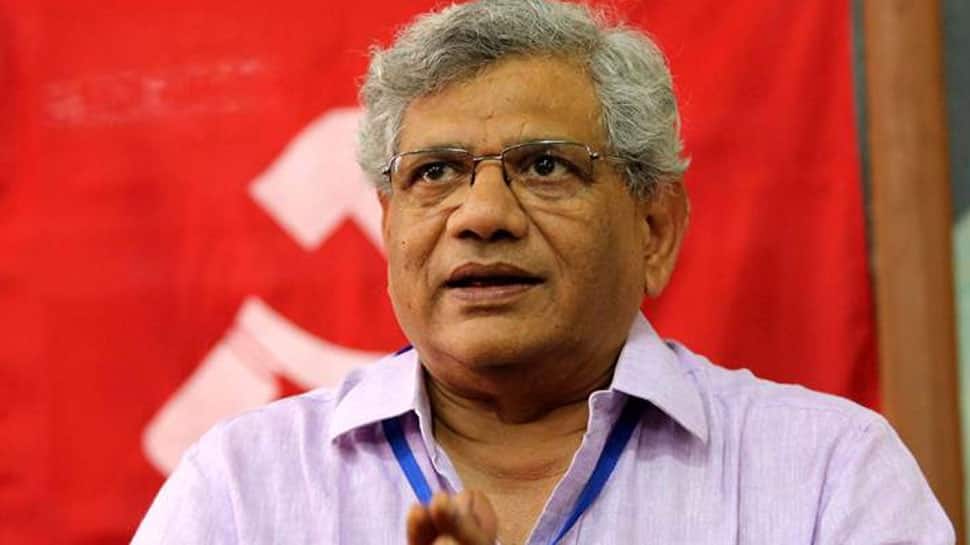 Haridwar: Yoga guru Baba Ramdev has filed an FIR against CPM general secretary Sitaram Yechury for his remarks that epics 'Ramayana' and 'Mahabharata' are ''full of instances of violence and battles.''

After filing the police complaint with SSP, Haridwar, Baba Ramdev said, "We have filed a complaint against Yechury, who has insulted our ancestors. It is an offence. He should be put behind the bars. We have demanded a strict investigation into the matter."

On Thursday, CPM general secretary Yechury had made a scathing attack on the BJP for fragmenting society for votes through its divisive policies, branding religious epics 'Ramayana and Mahabharata' as specimens of Hindu violence.

"Sadhvi Pragya Singh Thakur said that Hindus don't believe in violence. Many kings and principalities have fought battles in the country. Even 'Ramayana and Mahabharata' are also filled with instances of violence," Yechury had said.

"Being a 'pracharak', you narrate the epics but still claim Hindus can`t be violent? What is the logic behind saying there is a religion which engages in violence and we Hindus don`t?" he had said.

Since then, several leaders have criticised Yechury for his offensive remarks, with the Shiv Sena even demanding that the CPM general secretary should drop `Sitaram` from his name.

The seer community, which is demanding strict action Yechury, has said that the CMP leader's remarks have offended the religious sentiments of majority Hindus and he should be punished for that