His nomination has been accepted by the Election Commission 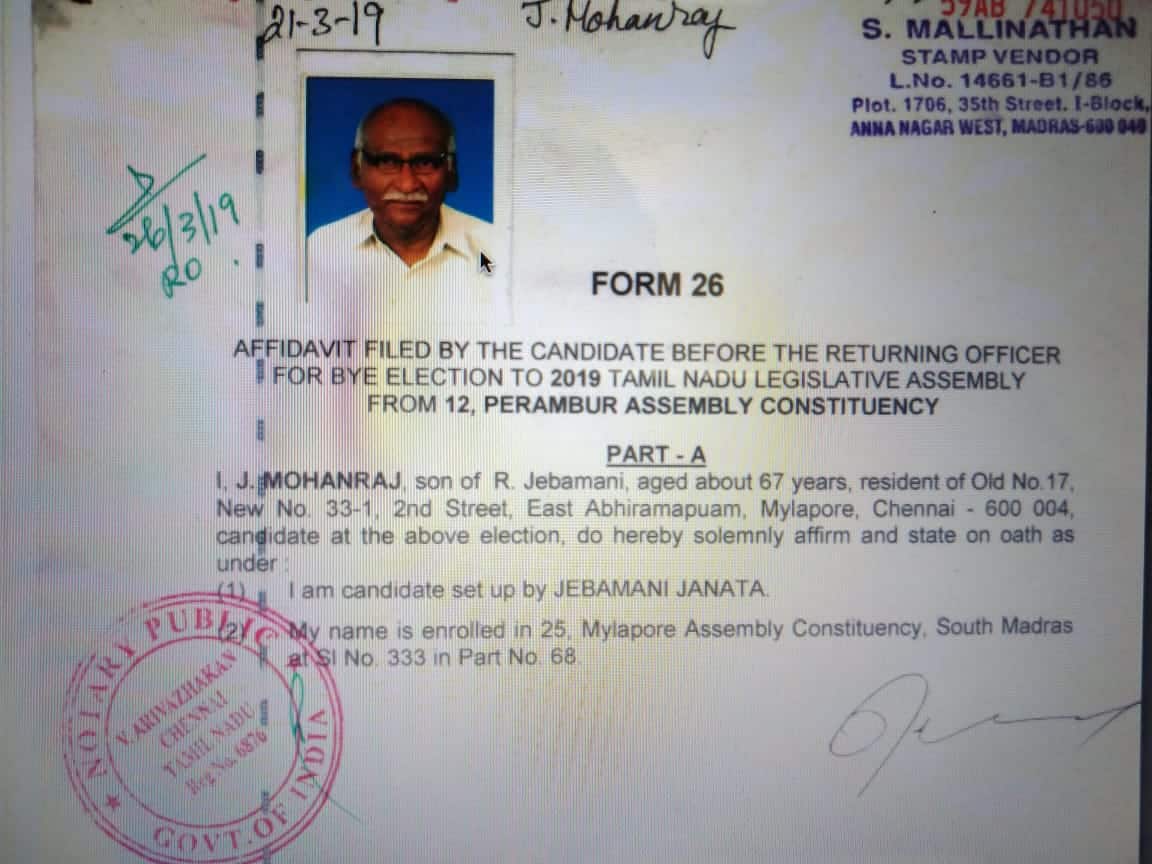 Mohanraj said that he deliberately filed 1.76 lakh crore as assets to take a dig at 2G scam and 4 lakh crore to highlight the debt of Tamil Nadu. 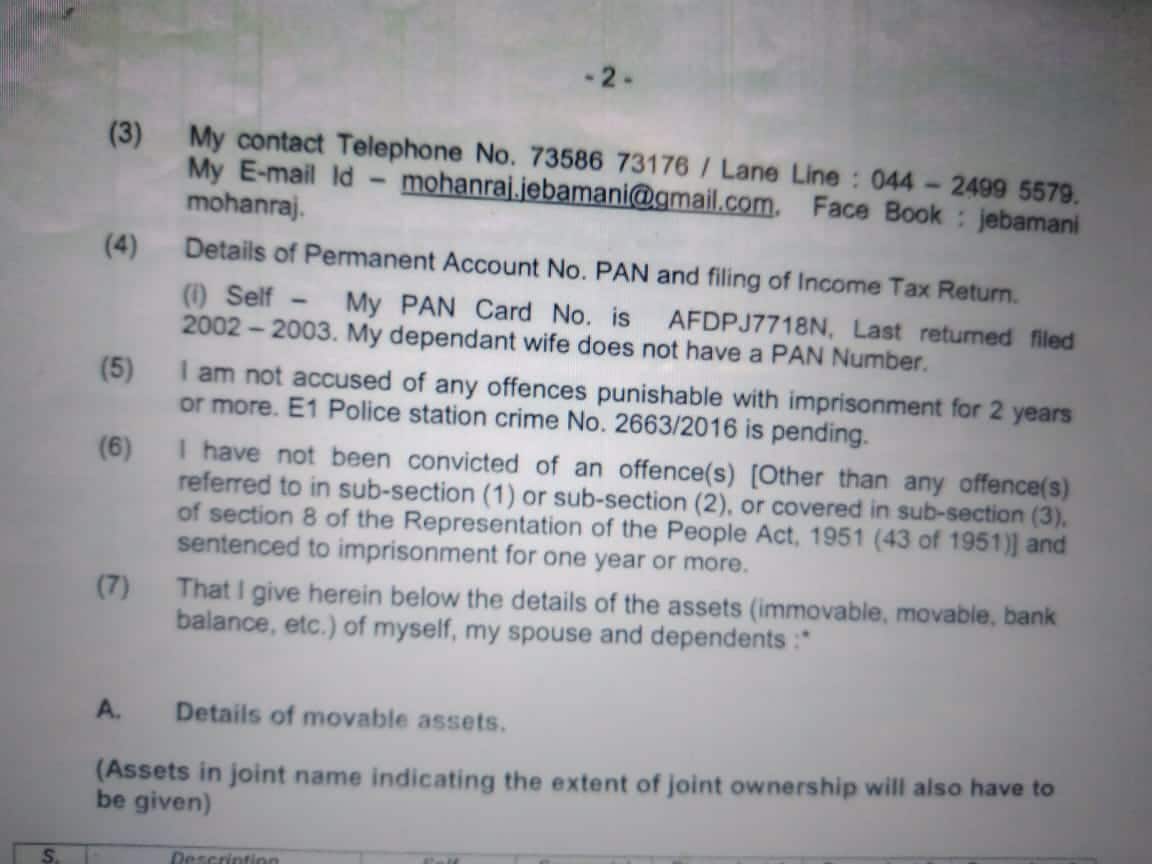 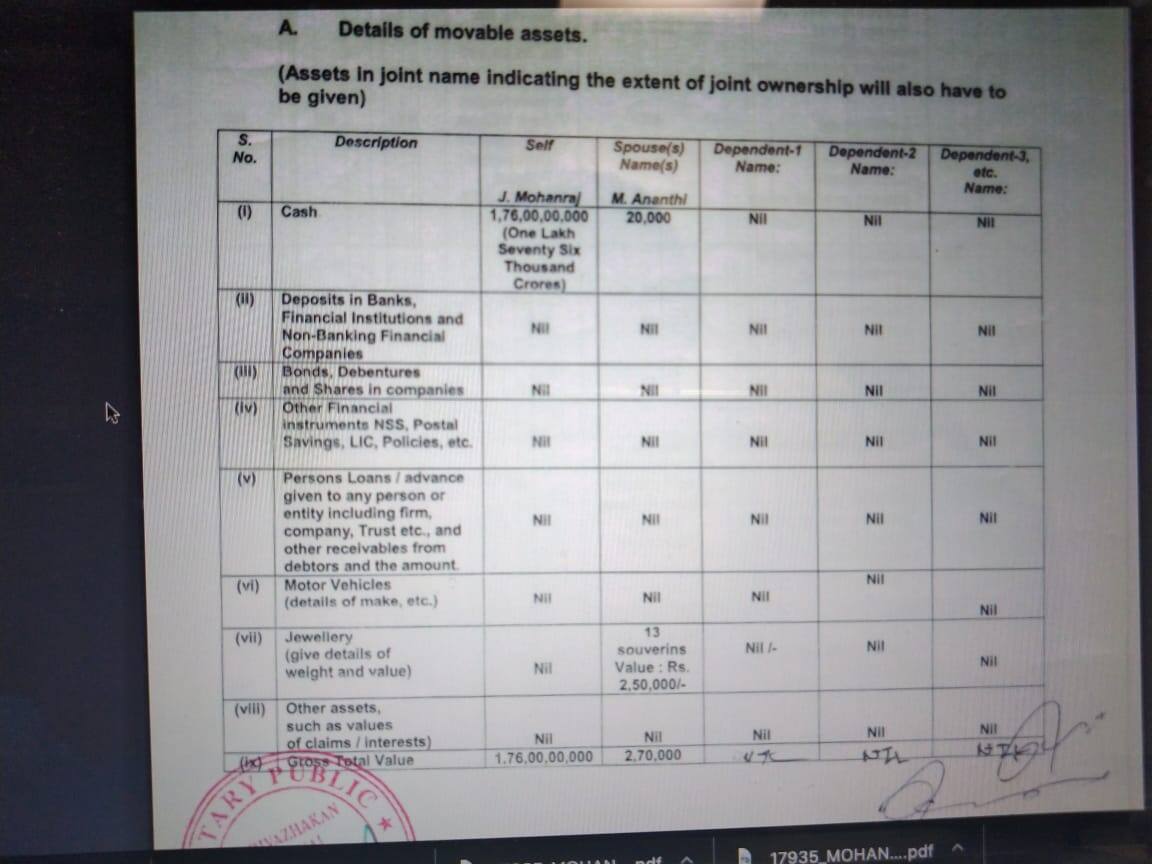 Talking to reporters, Mohanraj also revealed that he has declared the assets in this manner to "mock" the EC as all the other candidates who are filing the nominations for the upcoming national election are declaring their assets as per their wish. 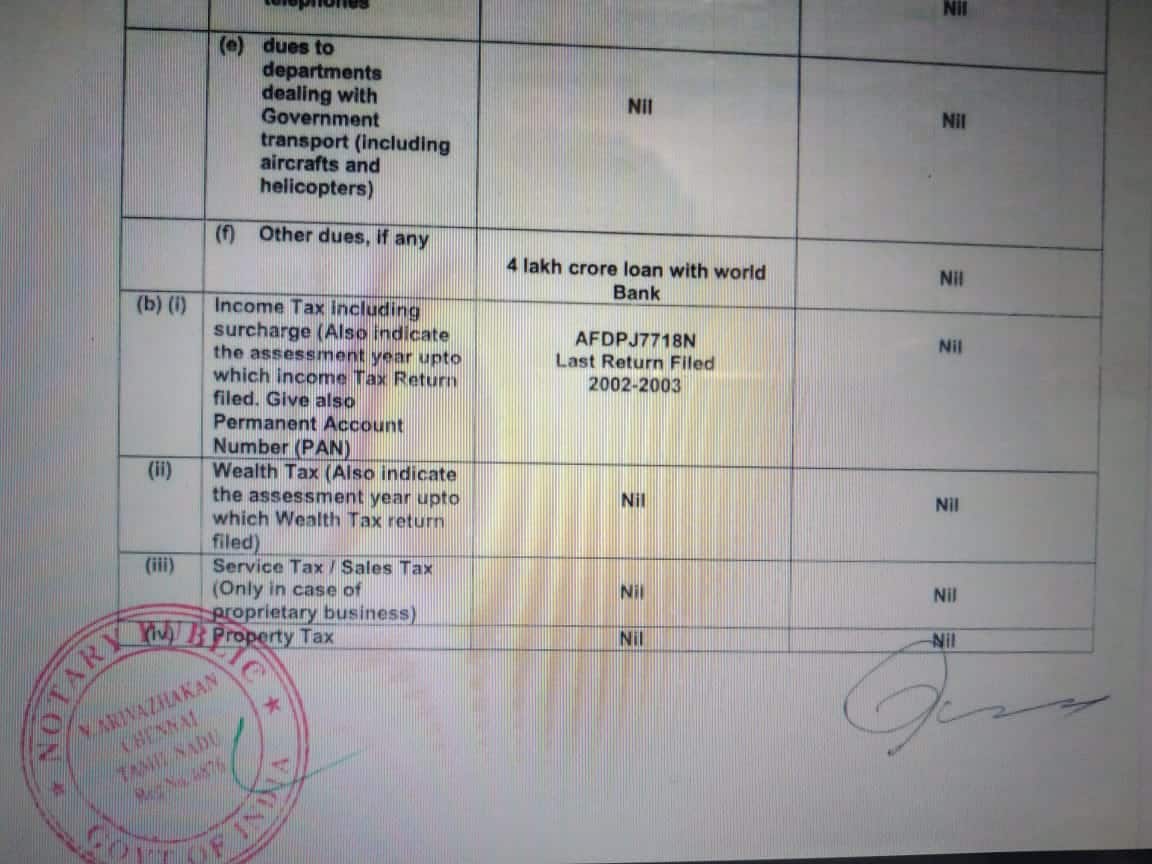 The retired police officer also added that he is also miffed about how the EC made false declaration a civil offence in 2014 while it was earlier a criminal offence.

18 assembly constituencies in Tamil Nadu are going for bypolls in Tamil Nadu. The voting will be held along the Lok Sabha election on April 18 in the second phase.