The political alliance between the Congress and the Rashtriya Janata Dal (RJD) in Bihar came apart after the parties failed to agree on the seat-sharing deal, sources told Zee News. 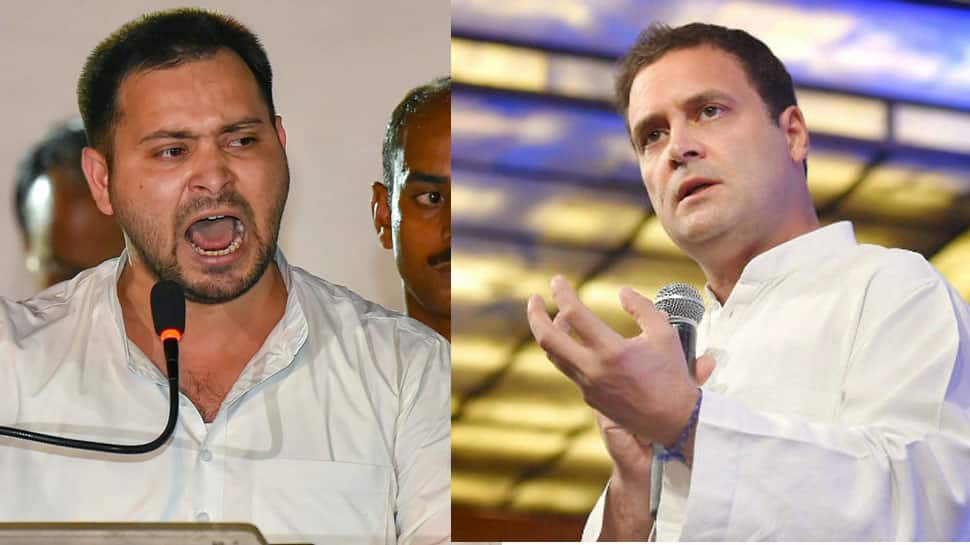 PATNA: The political alliance between the Congress and the Rashtriya Janata Dal (RJD) in Bihar came apart after the parties failed to agree on the seat-sharing deal, sources told Zee News.

Congress is likely to contest alone in Bihar in the upcoming national polls. An official announcement will to be made soon in this regard, sources added.

Party chief Rahul Gandhi has called for a meeting of the Bihar Congress unit and other leaders of the grand alliance on Thursday.

The bone of contention is reportedly the Darbhanga Lok Sabha seat, represented by former test cricketer Kirti Azad, who quit the BJP to join the Congress.

"Darbhanga is our traditional seat. We have won it many times. Even in the 2014 polls, which were swept by the BJP-led NDA, our candidate lost the battle by a thin margin.

"We would therefore like to contest the seat again and field Abdul Bari Siddiqui this time. A formal announcement would be made shortly," RJD MLA and chief state spokesman Bhai Virendra told PTI.

When asked about Bhai Virendra's statement, Siddiqui said, "I am a disciplined party worker. If the party asks me to contest from Darbhanga, I will put my heart, mind and soul into the fight."

As per emerging reports, the grand alliance fell apart over a few parliamentary seats. The parties have not yet confirmed this.

The National Democratic Alliance (NDA) has already announced its seat-sharing pact -- the BJP and the JD(U) will contest on 17 seats each and six seats were allotted to the Lok Janshakti Party (LJP).

In the 2014 Lok Sabha election, the BJP had won 22 seats and the LJP was successful in six. Rashtriya Lok Samta Party (RLSP, which was a part of the NDA in 2014 but has now joined the Rashtriya Janata Dal-led Mahagathbandhan, won in three Lok Sabha seats. The remaining nine seats were bagged by the RJD (four), JDU (two), Congress (two) and Nationalist Congress Party (one).