He added that the grand alliance was not a "lackluster alliance" but a "robust rainbow coalition of not only political parties but also of social constituencies". 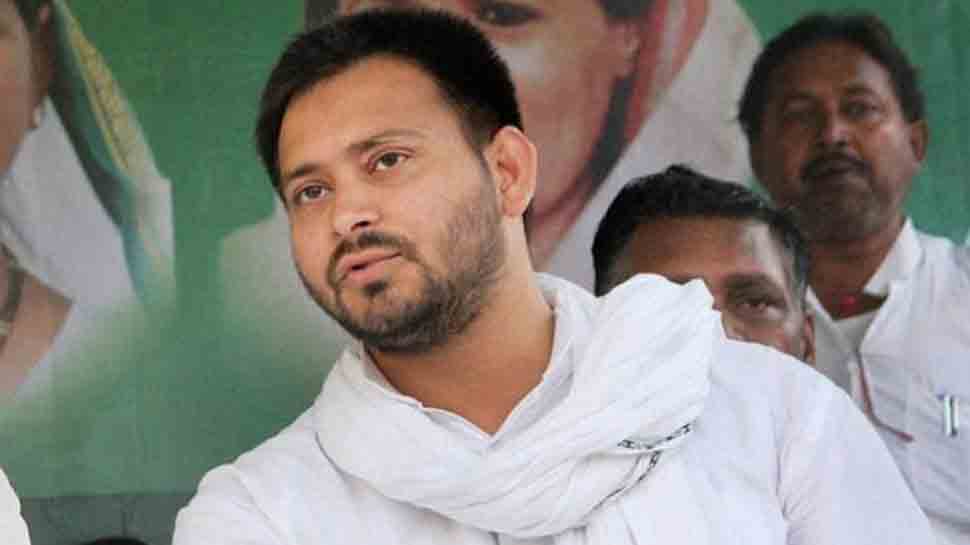 NEW DELHI: Extending full support the Congress President Rahul Gandhi's proposed minimum income scheme NYAY, RJD leader Tejashwi Yadav on Monday said that the scheme will help the people of Bihar and will play an important role in removing poverty from the state.

The RJD leader remarked that the Bihar grand alliance, which is made up of RJD, Congress, RLSP, HAM(S) and VIP, will defeat the BJP-led NDA.  He added that the grand alliance was not a "lackluster alliance" but a "robust rainbow coalition of not only political parties but also of social constituencies", PTI reported.

"The Nyuntam Aay Yojana or 'NYAY' proposed by Congress will have far-reaching impact for the people of Bihar. It promises to put in the hands of the poorest, a regular sum of money every month to be spent on basic necessities," Yadav told PTI.

"The people of Bihar have been victims of 'annyay' (injustice), suffering from the anti-poor policies and actions of the central and state governments, and it is high time they should demand and get 'NYAY' (which in English means justice)", he added.

Few days ago, Rahul Gandhi had announced that the Congress will give Rs 72,000 per year as minimum income to poor families, if it wins the upcoming Lok Sabha poll. Gandhi had claimed that the scheme would benefit around 25 crore people across the country.

Asked why the parties in 'mahagathbandhan' (grand alliance) took so long to finalise the seat sharing, Yadav said that they were focused on sealing a robust alliance and this is the reason why they took more time.

"Let me first clarify that rather than being in a hurry to seal a lackluster alliance, our idea was to have robust rainbow coalition of not only political parties but also of social constituencies," said Tejashwi.

He added that several factors, including the make-up of social groups in the area, strenght of alliance partners in the constituency and winnability of both the party as well as candidate, were taken into account before finalising the seats. "Now when we have shaped it...One should look at the rattled NDA," the former Bihar deputy chief minister said.

It is to be noted that the 'mahagathbandhan' (grand alliance) in Bihar announced the seat-sharing details on friday. The discussions over distribution of all 40 Lok Sabha seats in Bihar lasted for many days with each alliance partners trying their best to ensure maximum seats for their candidates.

As per the seat-sharing deal agreed upon by all the parties, the RJD will contest on 20 seats, the Congress has nine seats, Upendra Kushwaha's Rashtriya Lok Samata Party (RLSP) will field candidates on five seats and former Bihar chief minister Jitan Ram Manjhi's Hindustani Awam Morcha (HAM) and Mukesh Sahni's Vikassheel Insaan Party (VIP) will contest on three seats each.