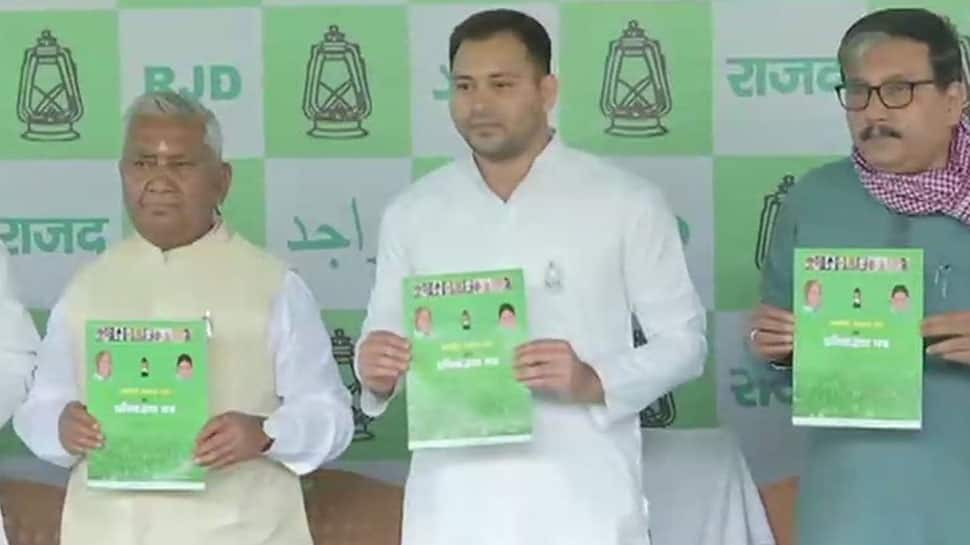 New Delhi: Rashtriya Janata Dal (RJD) leader Tejashwi Yadav released the party's manifesto on Monday for the upcoming national election 2019. The manifesto was released in Patna and Tejashwi was accompanied by Rajya Sabha MP Manoj Jha and other party leaders.

In its manifesto titled 'Pratibadhata Patra,' RJD has promised to implement remaining recommendations of the Mandal Commission along with reservation for the Dalits, OBCs, EBCs and tribals in the private sectors.

Tejashwi, while releasing the manifesto, also said that the fight is for food, education and jobs for all. He also added that if his party is voted to power, a helpline for migrant workers from Bihar would be set up to provide them with timely help. 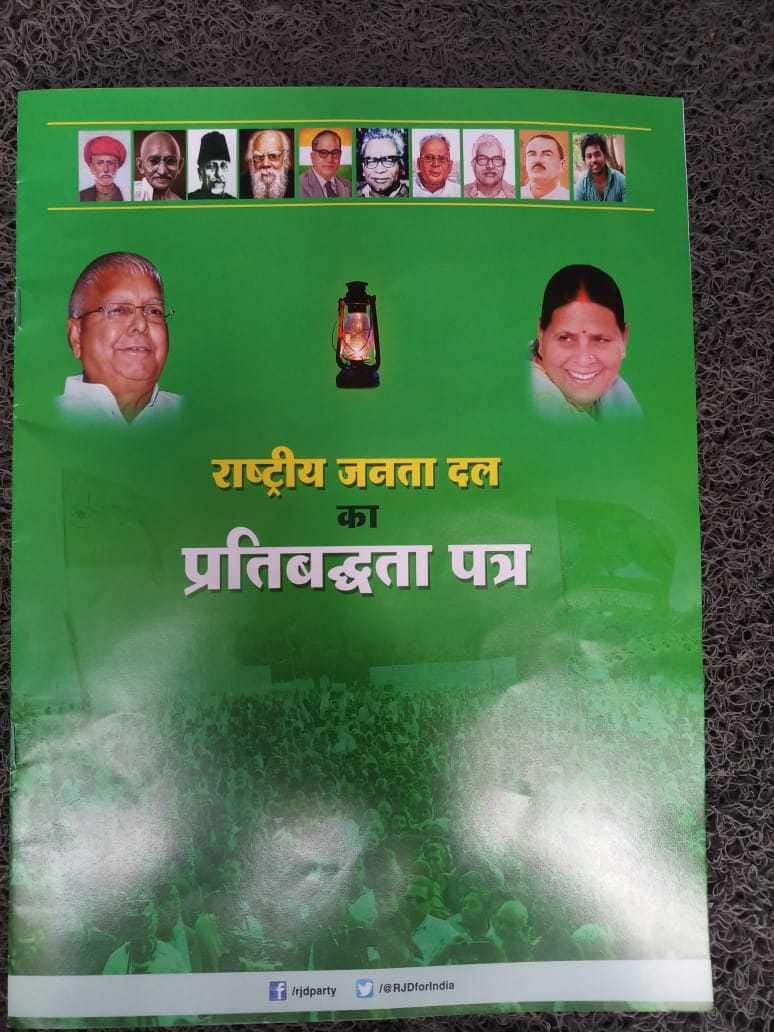 RJD has promised a tax-free toddy and to give relief to millions of daily consumers of it. Tejashwi added that when his father Lalu Prasad Yadav was the chief minister of Bihar, he had made toddy tax-free in the state.

However, in 2016, Nitish Kumar put a blanket-ban on the sale of alcohol and toddy across the state as a result of the poll promise he made during the state election.

Bihar will be voting in all the seven phases of the elections, starting April 11. Voting will end on May 19 and counting will be held on May 23.

The Congress released its poll manifesto last week. The manifesto promised a basic minimum income to five crore poor families under the NYAY scheme, government jobs vacancies, a separate budget for farmers among others.