There is a demand and pressure from people in both seats to contest polls, Kushwaha said. 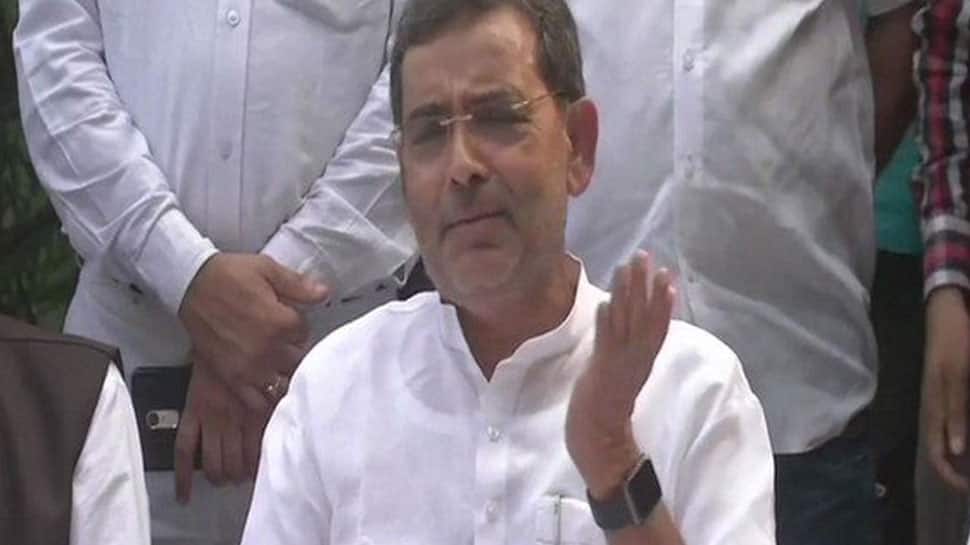 PATNA: RLSP chief and former Union Minister Upendra Kushwaha on Wednesday announced that he would contest from two parliamentary constituencies in Bihar.

"I will contest from Karakat and Ujiarpur Lok Sabha seats," Kushwaha, the sitting MP from Karakat, said here after announcing party candidates for the other seats the Rashtriya Lok Samata Party (RLSP) is contesting.

There is a demand and pressure from people in both seats to contest polls, he added.

According to RLSP leaders, Kushwaha`s wife has been campaigning in Karakat seeking support and vote for her husband. Ujiarpur is currently held by the Bharatiya Janata Party.

Brijesh Kumar Kushwaha will be the candidate from West Champaran and Bhudeo Chaudhary from Jamui, from where Chirag Paswan, the son of Lok Janshakti Party chief Ram Vilas Paswan is contesting.

As per the seat-sharing pact, the RJD will contest 19 out of Bihar`s 40 seats, the Congress 9, while Kushawaha`s party has got five seats, and the HAM and the VIP three each.