After casting their votes, the Tendulkars flashed their inked fingers for the paparazzi. 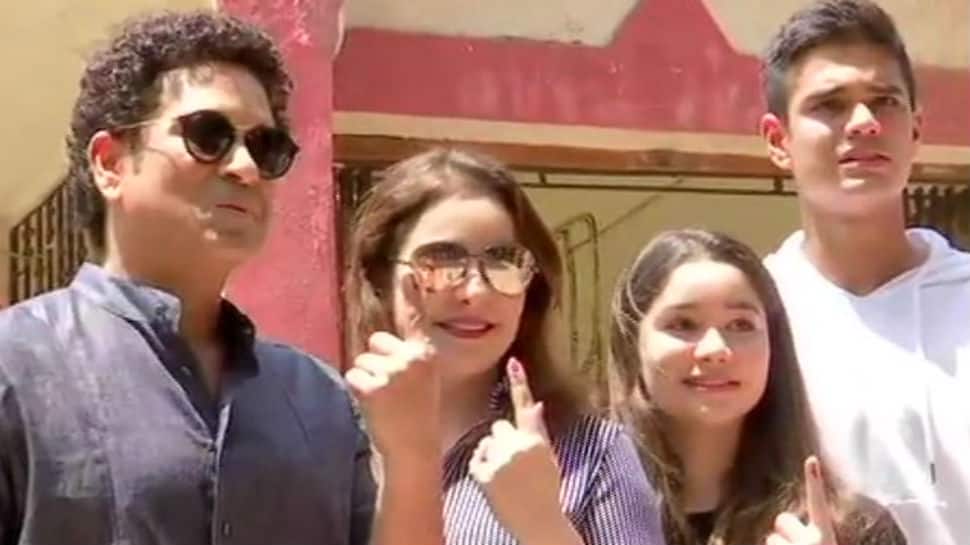 The Tendulkars - Sachin, Anjali, Sara and Arjun - were spotted at polling booth number 203 in Bandra.

Soon after casting their votes, the family of four flashed their inked fingers for the paparazzi stationed outside the polling booth.

A bevy of celebs including top movie stars, television actor and other artistes queued up outside the different polling stations across Mumbai to cast their votes.

The voter turnout in the city till 2 pm was recorded at 29.93 per cent.