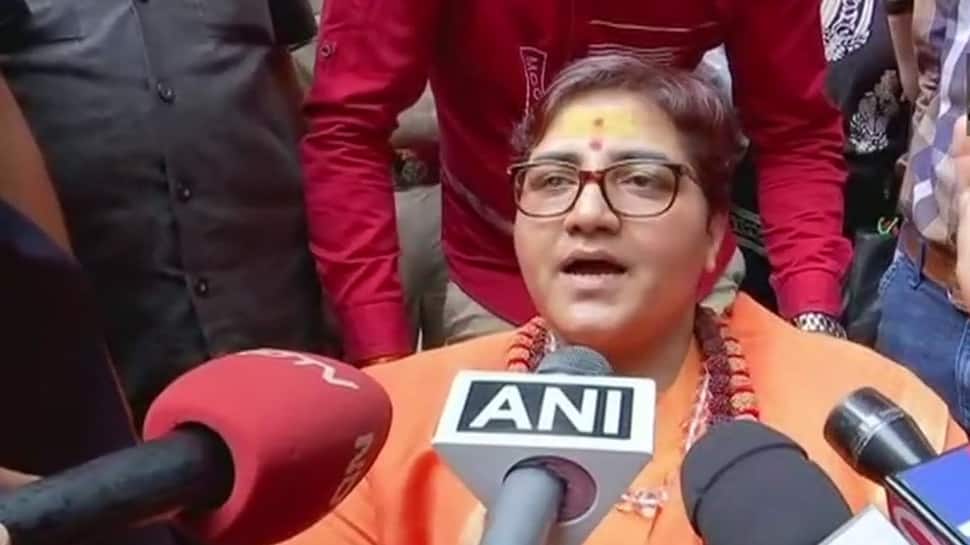 Sadhvi Pragya Thakur on Wednesday joined BJP formally and said that she will fight and win election. "I have formally joined BJP, I will contest elections and will win also. I have been extended BJP membership on Tuesday," Sadhvi Pragya said.

Before announcing her decision to join the BJP, Sadhvi Pragya met senior BJP leaders including Shivraj Singh Chouhan, Ramlal, and Prabhat Jha at party's office in Bhopal. Talking to media, Sadhvi Pragya said that the election in Bhopal will be fought on the issue of nationalism and it is the beginning of 'Dharam Yudh'.

Talking to Zee MP CG, Sadhvi Pragya had said that if the BJP decides to field her from Bhopal then she is ready to contest against Digvijaya Singh. She said that Singh is not a challenge for her because she is a nationalist while the Congress leader speaks against the nation.

Sadhvi Pragya had also attacked Singh over his frequent visit to temple these days, saying that he is a fraud and people know his real face. When asked that if the BJP decides to give her ticket from Bhopal then she may face opposition from local leaders, who see her as an 'outsider', Sadhvi Pragya said that she is not an 'outsider' as she has been living in Bhopal since she was 16-year-old.

Sadhvi Pragya added that she has worked all across Bhopal as the organisation minister of ABVP. Sadhvi Pragya stressed that she is in touch with each and every family of Bhopal. She also accused Singh for hatching a conspiracy to keep her in jail for six years. She remarked that everyone in Bhopal wants her to contest against Singh and defeat the Congress leader. Sadhvi Pragya grabbed headlines in 2008 after she was arrested by the NIA for her alleged involvement in Malegaon blasts.

Congress has failed to win the Bhopal Lok Sabha seat since 1989. In 2014, the seat was won by Alok Sanjar of BJP with a margin of 3.7 lakh votes. But Congress' decision to field Digvijaya Singh has forced the BJP to come up with a leader who can defeat the veteran Congress leader. In last year's Assembly poll, Congress had won three out of eight assembly segments of Bhopal Lok Sabha constituency, while the BJP had emerged victorious one five seats.