Patel said that her remarks reflect her mentality, adding that speaking against an officer who sacrificed himself fighting terrorism isn't right. 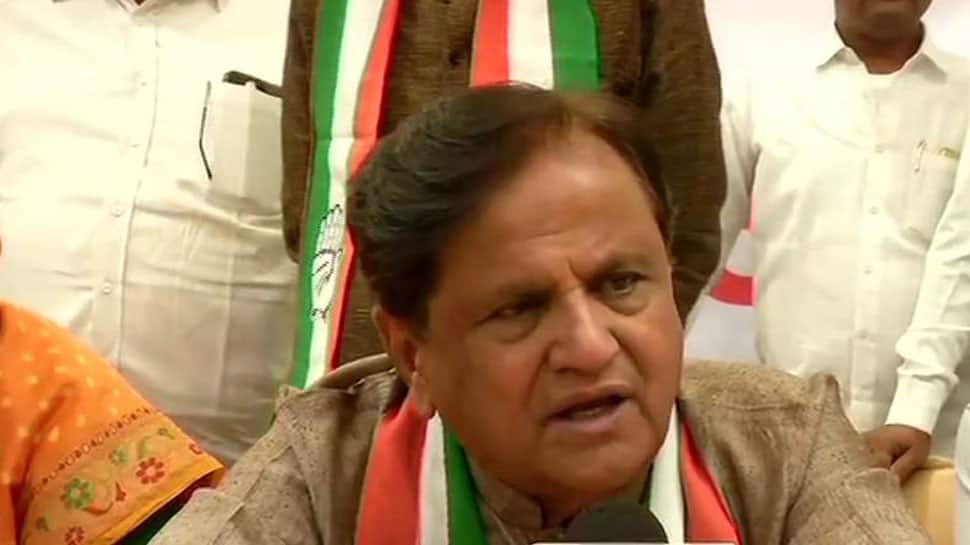 In a controversial statement, Thakur had claimed that Karkare lost his life because she had cursed him.

Speaking to news agency ANI, Patel said that her remarks reflect her mentality, adding that speaking against an officer who sacrificed himself fighting terrorism isn't right.

He also expressed his confidence that that BJP will lose in Gujarat and Congress' result will cross double digit.

"It's a party's right to field any candidate they want for elections, I would not like to comment on that but saying something against an officer who sacrificed himself fighting terrorism isn't right. Although she withdrew her statement it shows her mentality. We are not only hopeful but also very confident that BJP will lose. We will get good results in Gujarat too, we will cross double digit. On 23rd May when the election results come, BJP will no longer be in the govt," said Ahmed Patel.

She had asserted that she cursed Karkare saying that he will be destroyed completely and he passed away after that.

She further alleged that Karkare had asked her if he should go to God to get proof to convict her. She added that replying to him, she had said that if he feels that it is necessary then he should go.

After that Karkare passed away during an operation against terrorists in the Mumbai attack, she said.

The newly joined BJP leader accused Karkare of abusing her using very foul words. Karkare was killed along with two other senior police officers while fighting terrorists during the 26/11 attacks in Mumbai in November 2008.

The BJP candidate has been fielded against senior Congress leader Digvijaya Singh from Bhopal.

Thakur is among the seven accused facing trial in Malegaon blast case. Six people were killed and a dozen others were injured after a bomb placed on a motorcycle exploded in Maharashtra's Malegaon on September 29, 2008. She was arrested in 2008 but was given a clean chit by the National Investigation Agency in 2015 for lack of evidence. However, the trial court refused to let her off, saying it was difficult to accept since her motorcycle was used in the blast.

Thakur has been cleared of charges under the Maharashtra Control of Organised Crime Act and was granted bail by the Bombay High Court in 2017 but remains an accused under the Unlawful Activities Prevention Act. On Wednesday, she formally joined the BJP and will contest against Singh.

She is expected to file her nomination from Bhopal on April 23. Bhopal will go to polls on May 12. The counting of votes will take place on May 23.

AAP says no to alliance in Delhi after Congress refuses tie-up in Haryana: Sisodia