He also took potshots at Pakistan Prime Minister Imran Khan for harping on Pakistan being a nuclear state. 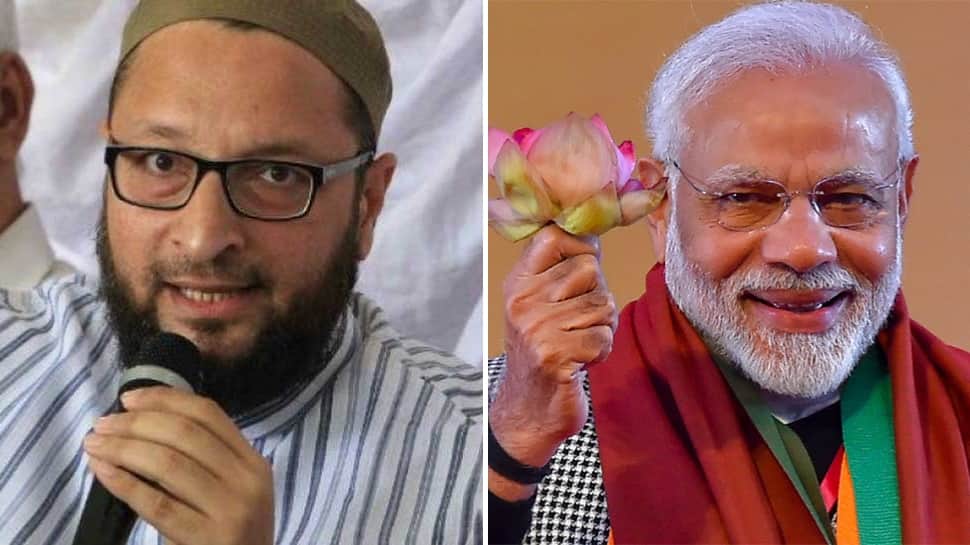 HYDERABAD: All India Majlis-e-Ittehadul Muslimeen chief Asaduddin Owaisi on Saturday said that the security of the country is of top most importance while taking a jibe at Bharatiya Janata Party's (BJP) 'mera booth sabse mazboot' campaign.

"You may have doubts on whether I am national or anti-national. But while BJP says 'mera booth sabse mazboot', I will say that if my borders are protected, my country is safe," he said in a public address in Hyderabad.

#WATCH Asaduddin Owaisi, AIMIM: Pak PM talked of Tipu Sultan & Bahadur Shah Zafar in his assembly,Tipu Sultan wasn't enemy of Hindus but adversary of the enemies of his sultanate.He talks about atom bomb, it's weird..we've it too.Handle your Lashkar-e-Shaitaan & Jaish-e-Shaitaan. pic.twitter.com/qv5mun908e

He also took potshots at Pakistan Prime Minister Imran Khan for harping on Pakistan being a nuclear state. "He talks about having atom bomb. It is weird because India has it as well. Handle your Lashkar-e-Shaitaan and Jaish-e-Shaitaan," he said in a terse advise to Khan.

Owaisi had earlier hailed the Indian Air Force (IAF) strikes on terror camps in Pakistan, saying that India has the right to self-defence. "We welcome this. It's a right step. We stand by the government," the Hyderabad MP said.

"If a country is not able to stop non-state actors, then another country which is the target of terrorist violence has the right to act in self-defence," he added.

Owaisi said India should now go after Pakistani terrorist leaders Hafiz Saeed and Masood Azhar. "They are satans and their outfits are also evil."

Earlier, opposition parties had criticised Prime Minister Narendra Modi for holding a video address for the BJP workers at a time when IAF Wing Commander Abhinandan Varthaman was in Pakistani custody. Blaming the BJP for holding poll events amid escalating tension between India and Pakistan, opposition parties had termed the mega video conference "ridiculous and betrayal of national sentiments".

Twenty-one opposition parties had also expressed "deep anguish" over what they alleged was "blatant politicisation" of the sacrifices of armed forces and urged the government to take the nation into confidence on all measures to protect India's sovereignty, unity and integrity.