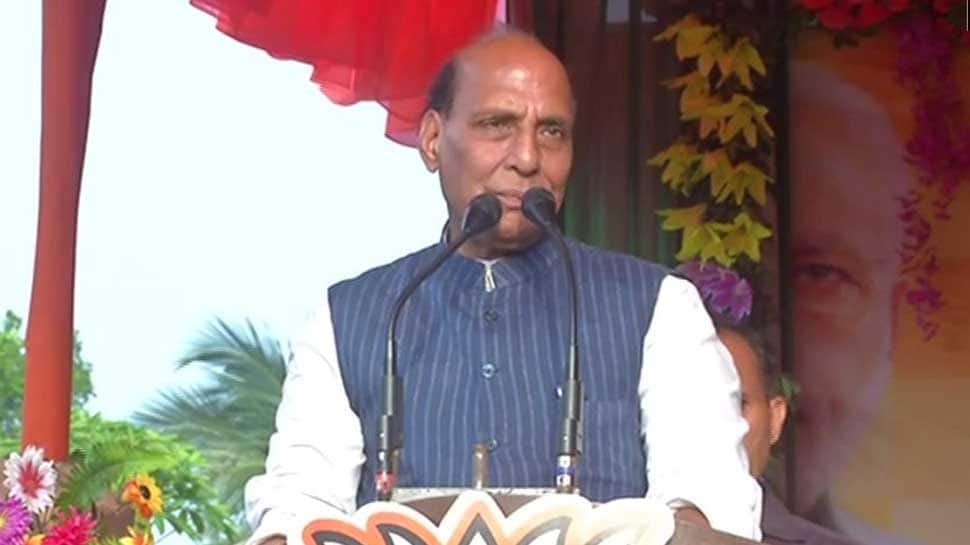 Kullu: Slamming the Congress over its poll promise of repealing the sedition law if voted to power, Union Home Minister Rajnath Singh on Thursday said that the BJP government would make the law even more stringent.

Speaking at a gathering here, Singh said the sedition law would be strengthened so that even the soul of the anti-nationals would shiver.

"The Congress is saying that it will repeal the sedition law. We are going to make it more stringent so that no one dares to act against it," Singh said in his 30-minute address.

Speaking on the economy, Singh said that inflation had been the main poll issue during elections but not in 2004 and 2019, as the management of the two BJP Prime Ministers (Atal Bihari Vajpayee and Narendra Modi) did not allow prices to go out of hands.

Singh was here to seek votes for sitting BJP MP Ram Swaroop Sharma, who is seeking re-election from Mandi. He said that Sharma, who has regularly attended sessions in the Lok Sabha, is an honest politician.

The four Lok Sabha constituencies in Himachal Pradesh will go to the polls in the seventh and final phase of polling on May 19.