Interestingly, Sharma and Singh were reportedly seen sharing the ‘dharna’ spot of West Bengal Chief Minister Mamata Banerjee while protesting against the CBI trying to investigate the former Kolkata Police commissioner Rajeev Kumar. Opposition parties on several occasions levelled concerns over Sharma and Singh being directly involved in the electoral process after they were reportedly seen at the dharna. 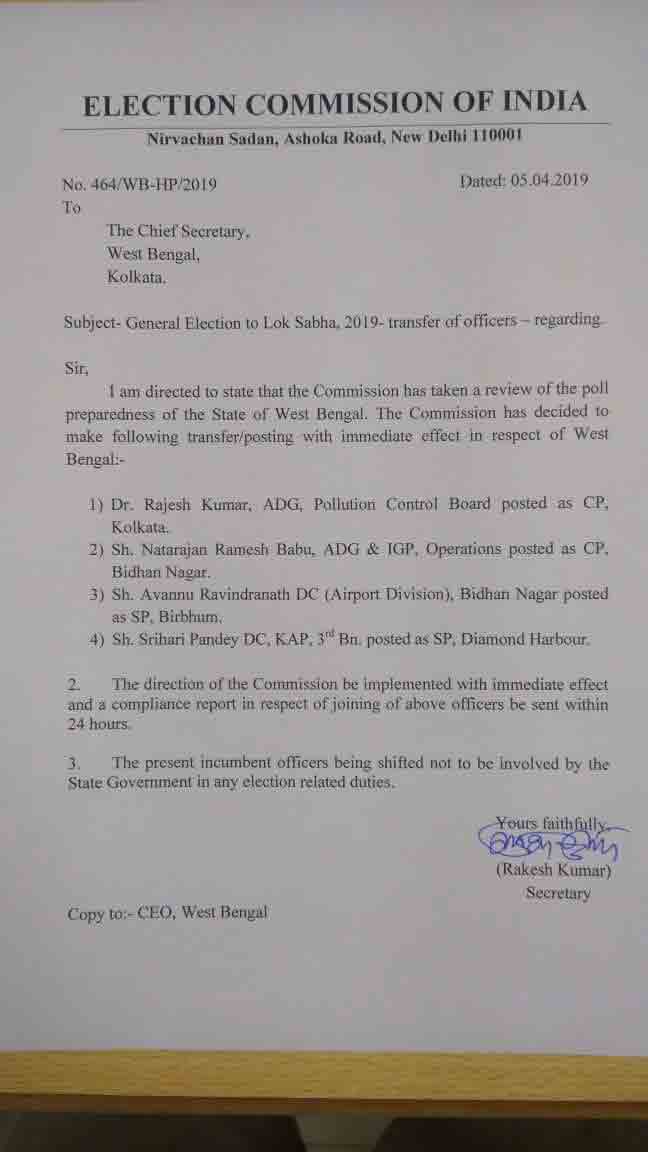 The notification issued by the secretary, ECI reads, “The direction of the Commission be implemented with immediate effect and a compliance report in respect of joining of above officers be sent within 24 hours. The present incumbent officers being shifted not to be involved by the state government in any election-related duties.”