NPF leader TR Zeliang took to Twitter to inform about the party's decision. 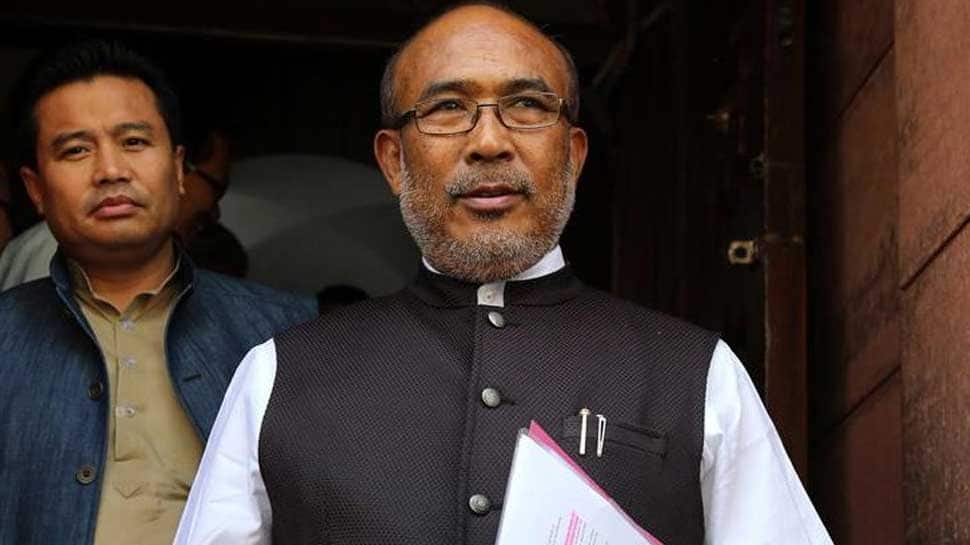 IMPHAL: In a big setback to the BJP, its ally Naga People's Front (NPF) on Saturday decided to pull out of the coalition government in Manipur. The decision in this regard was taken following intense deliberation and review meeting with the party functionaries and the NPF MLAs in the state capital.

During the meeting, it was decided that NPF will pull out its four MLAs from the BJP-led government in Manipur headed by N Biren Singh soon after the Lok Sabha election is completed.

NPF leader TR Zeliang took to Twitter to inform about the party's decision.

After an intense deliberation and review meeting with the party functionaries and the NPF MLAs of Manipur State, the NPF party has decided in principle to pull out our 4 NPF MLAs from the BJP led Govt. in Manipur headed by N Biren Singh soon after the LS election is completed.

The NPF leaders are reportedly unhappy with the ruling BJP, which, they allege, is not paying heed to its ideas and suggestions.

The NPF had this morning convened a meeting of its leaders to decide if it would continue to stay in the coalition or withdraw support.

The BJP has, however, rejected the allegation. The saffron party said that it has extended all possible cooperation to its partners to ensure smooth functioning of the government.

The NPF has four MLAs in the 60-member Assembly.

Even if the NPF pulls out, it wouldn't impact the BJP-led coalition, which currently has 29 legislators in the House.

Eight of the 28 Congress MLAs, who had won the 2017 polls, defected to the BJP last year, taking its tally from 21 to 29 in the Assembly.

Awangbou Newmai, the state unit chief of the Naga People's Front (NPF), claimed that the BJP "looks down" on its alliance partners, according to PTI.

"The BJP has never respected the spirit of alliance since the formation of government in 2017. There have been instances when their leaders have refused to consider our members as alliance partners," he said, without elaborating.

Newmai also alleged that the BJP did not live up to the promises it made to its coalition partners.

"The NPF has always considered the BJP as its big brother, but that did not stop the saffron party from bluffing to us. We haven't got our due respect," he claimed.

Rebutting Newmai's assertions, Ch Bijoy, the spokesperson of the BJP, said the NPF had maintained that it did not want any ministerial berth while joining the alliance, but now, it seems, the party has several demands.

Of the four NPF MLAs in the Assembly, Loshii Dikho, who won from the Mao Assembly seat, is a cabinet minister.

INKredible India: The story of 2004 Lok Sabha election - All you need to know