Poonam is fighting her first election against Home Minister Rajnath Singh in the constituency which is considered to be a stronghold of the Bharatiya Janata Party (BJP). 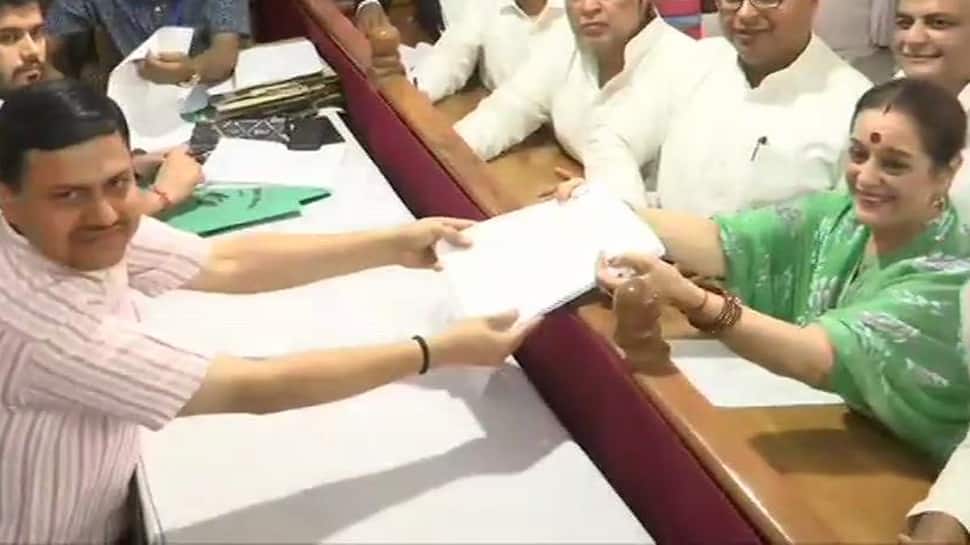 LUCKNOW: Days after joining the Samajwadi Party, Poonam Sinha, wife of actor-turned-politician Shatrughan Sinha, filed her nomination from Lucknow Lok Sabha seat on Thursday. Poonam is Samajwadi Party-Bahujan Samaj Party-Rashtriya Lok Dal candidate from Lucknow. The three parties are fighting the election in an alliance in Uttar Pradesh with 37 seats for SP, 38 for BSP and 3 for RLD.

Fresh into active politics, Poonam is fighting her first election against Home Minister Rajnath Singh in the constituency which is considered to be a stronghold of the Bharatiya Janata Party (BJP).

If the Congress supports Poonam's candidature and does not field a candidate from the state capital, the seat will witness a direct battle between the Home Minister and Poonam.

The BJP first bagged the seat in 1991 when former prime minister Atal Bihari Vajpayee won from Lucknow. He held the seat for five consecutive terms from 1991-2009 before he stepped out of the electoral race for the 2009 election. Even after Vajpayee, the BJP retained the seat with Lalji Tandon winning in 2009 and Rajnath Singh winning in the 2014 election.

In the 2014 election, Rajnath had won the seat with a massive margin of 2,72,749 votes defeating Congress candidate Rita Bahuguna Joshi, who is now a BJP minister in Uttar Pradesh government.

Rajnath, who filed his nomination in Lucknow on Tuesday, reacted to Poonam entering the poll race and said: "Somebody must contest, that is the beauty of democracy. We will fight elections with full dignity."

Lok Sabha elections in Uttar Pradesh are being held in all seven phases. Lucknow will go to polls in the sixth phase on May 6.