Political experts maintain that by fielding Poonam Sinha from Lucknow, the SP-BSP alliance and the Congress is trying to put pressure on Rajnath Singh and keep him confined to Lucknow. 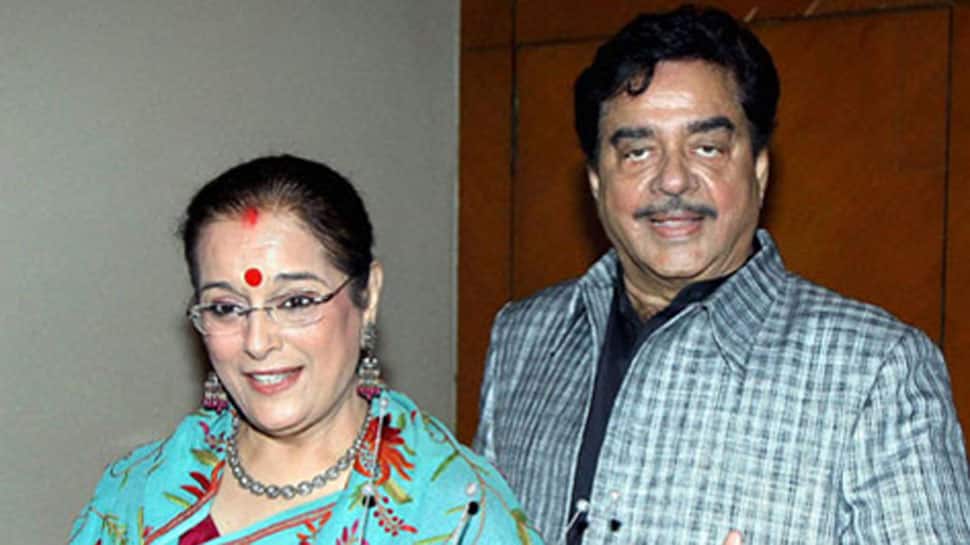 According to reliable sources, Poonam Sinha will contest on the Samajwadi Party (SP) ticket with the Bahujan Samaj Party`s (BSP) support.

The Congress, sources said, has decided not to field a candidate from Lucknow and support the candidature of Sinha from the Uttar Pradesh capital.

This would pave the way for a one-to-one face off between Rajnath Singh and Poonam Sinha.

Sources said that modalities in this regard were being worked out and it was this that have led to the postponement of Shatrughan Sinha`s joining the Congress in Delhi on March 28.

"Jitin Prasada was keen to contest from Lucknow and he had to be persuaded to opt for his constituency Dhaurhara. Decks have now been cleared and Lucknow will be one of the seven seats that the Congress has said that it would leave for the SP-BSP alliance," said a Congress functionary.

Shatrughan Sinha will now join the Congress in Delhi on April 6 and will be the party candidate from Patna Sahib Lok Sabha seat in Bihar.

The decision to field Poonam Sinha as the joint opposition candidate against Rajnath Singh is an attempt by the opposition parties to keep the Union Home Minister confined to his constituency.

The Samajwadi Party, sources said, has already completed its homework.

"There are four lakh Kayastha voters and 1.3 lakh Sindhi voters in Lucknow, apart from 3.5 lakh Muslims. (Poonam Sinha is a Sindhi while her husband Shatrughan Sinha is a Kayastha). This will give a major push to her candidature," said a SP leader.

BJP General Secretary Vijay Pathak, however, dismissed the issue and said, "Lucknow has always been a BJP bastion and continues to be one. Rajnath Singh has ensured a lot of development of the state capital and has a rapport with the people. An imported candidate will not cut much ice with the voters."

Rajnath Singh had won the Lucknow seat in 2014 garnering 55.7 per cent of the total 10,06,483 votes polled. He had won in all the five assembly segments of the constituency.

Rita Bahuguna Joshi, then a Congress MLA and former Uttar Pradesh Congress Committee chairperson, had remained runner-up in these elections by securing 2,88,357 of the total votes.