While the BJP will fight on 25 seats, Shiv Sena will contest on the remaining 23 seats. 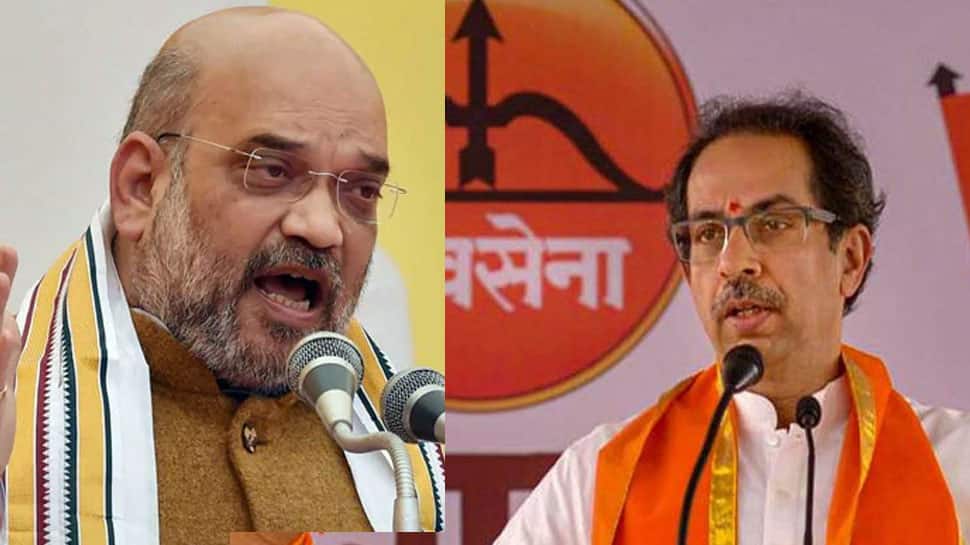 Mumbai: Maharashtra Chief Minister Devendra Fadnavis on Monday officially announced an alliance with the Bharatiya Janata Party both for the 2019 Lok Sabha poll and state Assembly election. While the BJP will fight on 25 seats, Shiv Sena will contest on the remaining 23 seats in the general election.

"Shiv Sena will fight on 23 seats and BJP will fight on 25 seats in the upcoming Lok Sabha elections. We have taken this decision in the interest of the nation and we believe NDA will come to power in 2019," Fadnavis said in a joint press conference with Shiv Sena chief Uddhav Thackeray and BJP president Amit Shah in Mumbai.

The Chief Minister added, "BJP is in full support of Uddhav Thackeray Ji's demand of Ram Mandir in Ayodhya. We have tried to acquire 67 acres of land for temple trust."

Speaking on the alliance, Thackeray said, "People are seeing Shiv Sena and BJP for the past 30 years. For 25 years, we stood united, and for 5 years, there was confusion. But as the CM said, I still provided guidance to the government from time to time."

The BJP chief, who is confident of sweeping the Lok Sabha election, said: "BJP and Shiv Sena will together win 45 out of total 48 seats in Maharashtra."

Shiv Sena, which is part of the BJP-led governments at the Centre as well as in the state, has had constant bickerings with BJP lately. It has targeted the Narendra Modi government over the Rafale deal, the Ram temple issue, farm crisis and fuel prices, among others.

During the party's national executive meet in January last year, Shiv Sena had resolved to fight the Lok Sabha and Assembly elections on its own.