PM Modi said that SP and Congress did not reveal their intentions to Mayawati and misled her by promising to make her the PM. 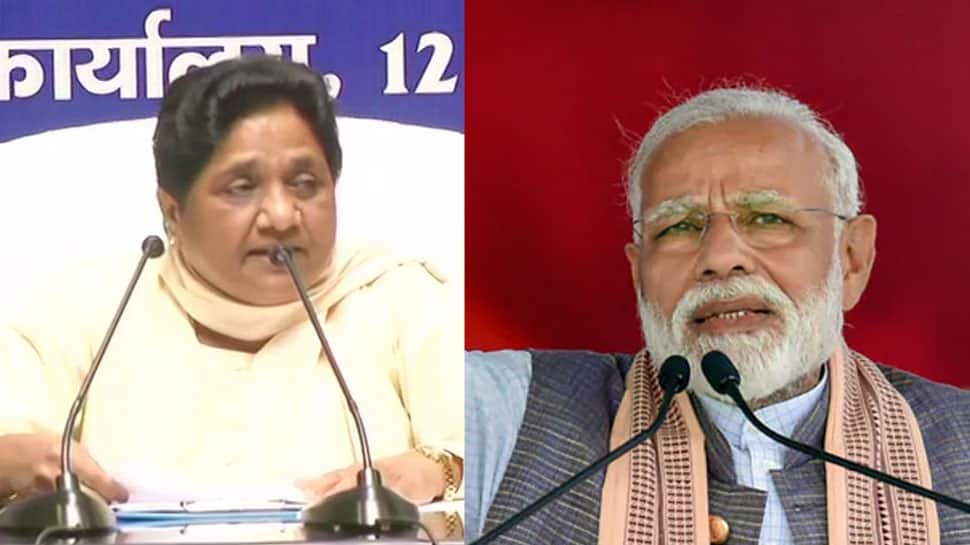 In a scathing attack on Prime Minister Narendra Modi, Bahujan Samaj Party (BSP) chief Mayawati on Sunday said that that the PM is afraid of the BSP-SP alliance in Uttar Pradesh and is trying to break the alliance in order to win in the state.

The BSP supremo stressed that PM Modi must understand this fact that the SP-BSP alliance in unbreakable. Addressing a press conference, Mayawati claimed that the BJP has misused the government machinery too in order to break the SP-BSP alliance. She noted that the alliance has full support of the voters and the alliance has received massive support from people in Uttar Pradesh in the four phases of Lok Sabha election so far.

The BSP chief also said that the BJP government will fall on May 23 and people will see the downfall of an autocratic government.

Mayawati made the remarks just a day after PM Modi said at a rally that the Samajwadi Party and Congress have used the BSP chief and she has now realized this fact. The prime minister had said that though BSP chief was openly slamming the Congress, the SP is not saying anything about the grand old party.

PM Modi said that SP and Congress did not reveal their intentions to Mayawati and misled her by promising to make her the PM.  Referring to Congress leader Priyanka Gandhi sharing the stage with SP leaders in Amethi, PM Modi said that truth is out in the open for everyone to see.