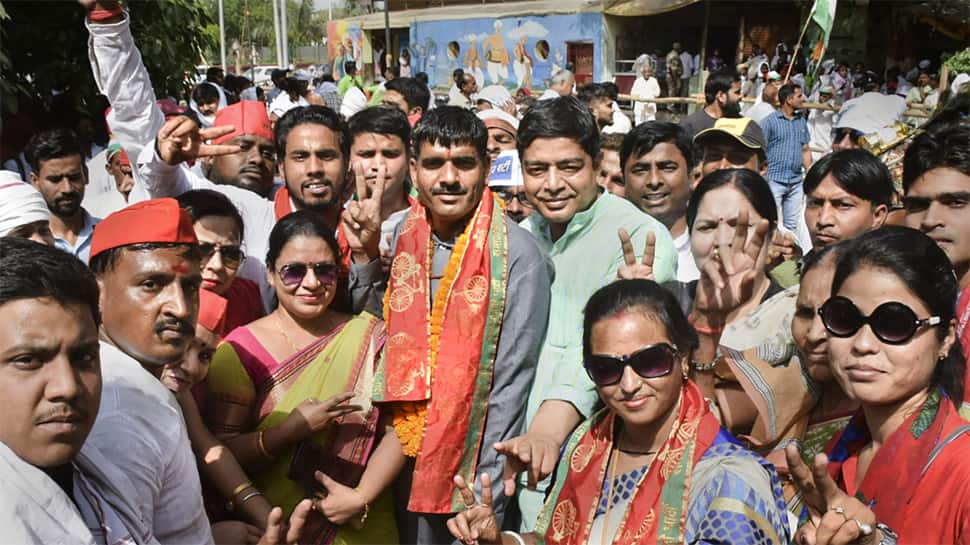 Samajwadi Party candidate Tej Bahadur Yadav's nomination for the Varanasi Lok Sabha seat was on Wednesday rejected over "discrepancies" in the two nominations filed by him. Yadav claimed that his nomination papers were cancelled at the behest of the Centre even though he had replied to the notice explaining the difference in reasons.

He was served a notice on Tuesday because he had given different reasons for leaving his job in the two sets of nomination papers filed -- one as an independent and the second as a Samajwadi Party candidate.

Yadav has threatened that he will move court against the order. "We had submitted the evidence that was asked from us. Still, the nomination was declared invalid. We will go to the Supreme Court," Yadav's lawyer Rajesh Gupta said.

As soon as the news of the cancellation spread, Samajwadi Party workers gathered at the Collectorate.

Varanasi returning officer will be addressing the media at 5:30 pm on the sacked BSF jawan's nomination.

Tej Bahadur was named as the joint candidate by the Samajwadi Party-Bahujan Samaj Party alliance for the Varanasi Lok Sabha seat against PM Modi.

This year, Congress had once again fielded Rai amid speculation that Priyanka Vadra Gandhi may enter the electoral battle by contesting against Modi.

As Yadav's nomination has been cancelled, Shalini Yadav who has also filed her papers from the Samajwadi Party, is likely to be the party's candidate to fight the battle against Modi. She is the daughter-in-law of former Rajya Sabha Deputy chairperson Shyam Lal Yadav and only recently joined SP from Congress.