Priyanka Gandhi Vadra said that she would abide by the party decision. 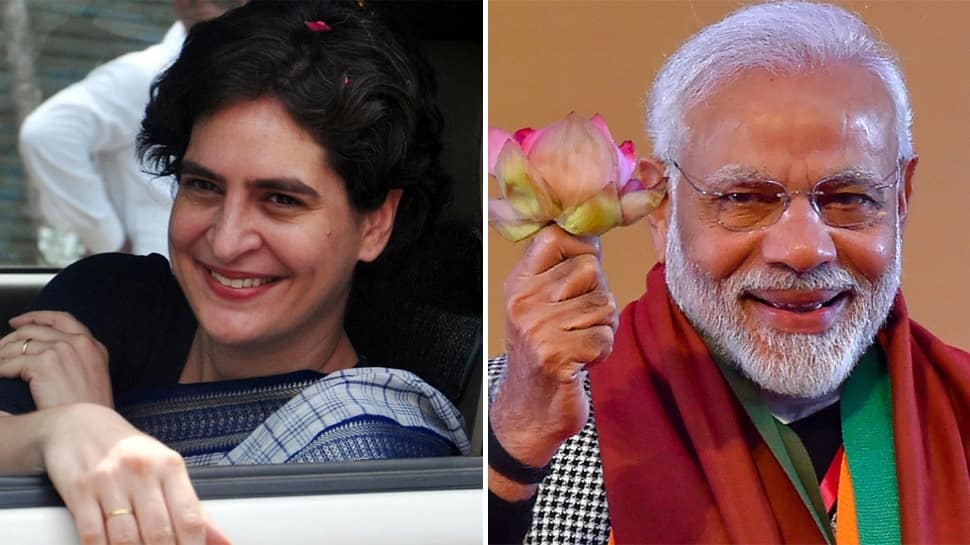 Congress is keeping everyone guessing over whether party general secretary Priyanka Gandhi Vadra will be contesting Lok Sabha election against Prime Minister Narendra Modi in Varanasi.

Priyanka also said that she would abide by the party decision in this regard. "I have said this repeatedly that I will do what the party asks me to do," Priyanka said, adding that people were feeling harassed and wanted a change.

Senior Congress leader Ahmed Patel also said that Rahul will consult others and take the decision. "She herself said that she'll definitely contest if party asks her to. Party will soon take a decision on it. Congress President will decide after consulting others," he said.

Priyanka is on a tour of Amethi and Rae Bareli, the seats which are represented by her brother Rahul and mother Sonia Gandhi, respectively.

Congress in January pulled out its trump card and made Priyanka the general secretary in-charge of eastern Uttar Pradesh. Rumours have been rife that she might be pitched against Modi in Varanasi.

Meanwhile, Samajwadi Party has fielded Shalini Yadav as the joint candidate of the SP-BSP alliance in Varanasi. A light-weight candidate, Shalini has unsuccessfully contested he Mayoral polls in Varanasi on a Congress ticket in 2017.

Shalini is the daughter of former Rajya Sabha Deputy Chairperson Shyamlal Yadav. "I will work to the best of my abilities under the guidance of Akhilesh Yadav and try to wrest the seat from the BJP. The youth is on our side and nothing is impossible if you make the effort," she told reporters.

Samajwadi Party sources said that none of the senior party leaders in the region were willing to contest against the Prime Minister and the party then decided to field Shalini Yadav who joined the party on Monday evening.

The Varanasi seat had been won by Murli Manohar Joshi in 2009 and became a VIP seat in 2014 when Narendra Modi defeated his nearest rival Arvind Kejriwal of the Aam Aadmi Party by a huge margin of over 3.75 lakh votes.

Varanasi will vote in the last phase of Lok Sabha elections on May 19.