Income tax department conducted multiple raids on the properties of senior DMK treasurer Durai Murugan at Katpadi in Tamil Nadu's Vellore district over suspected use of unaccounted money for electioneering. 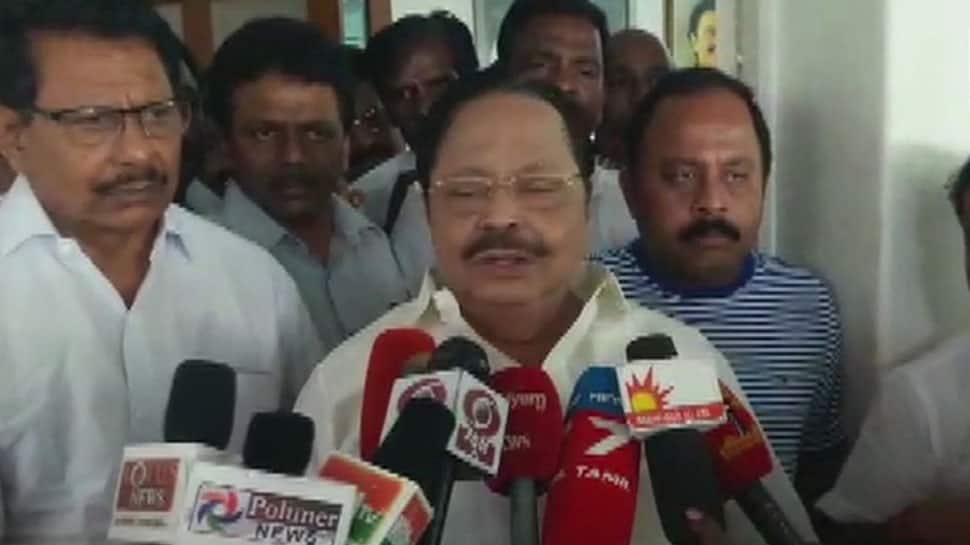 Income tax department conducted multiple raids on the properties of senior DMK treasurer Durai Murugan at Katpadi in Tamil Nadu's Vellore district over suspected use of unaccounted money for electioneering.

The raids began on Friday night and continued till morning. The investigations were conducted at Murugan's residence, Kingston Engineering College and Durai Murugan B.Ed. college in Katpadi.

“It's a wrong calculation that by ordering IT raids on us we would raise 'Modi Jai' slogan, it is a democratic country. This will not bring Modi any success in politics, it will rather bring only blame and criticism, it is a conspiracy,” Murugan told news agency ANI.

"This is not the time to hold searches, be it tax or other authorities, when we are in the midst of full-fledged election campaign," he added.

The raids come days after tax raids led to a political storm in neighbouring Karnataka.

The Highly placed sources in the investigation wing of the Income Tax Department told PTI that the raids were carried out. They indicated that the searches were carried out to detect suspected tax evasion vis-a-vis use of unaccounted money for electioneering.

The tax sleuths carried out pre-dawn raids at 15 to 20 locations in Karnataka, including Bengaluru, Mandya, Mysuru, Hassan, Ramanagar and Shivamogga, on Thursday. Officials carried out raids at various properties of Karnataka Minor Irrigation Minister C S Puttaraju and his nephew. Raids are also being carried out at residences of close aides of HD Revanna, the Janata Dal (Secular) leader and son of former Indian Prime Minister HD Deve Gowda.