INKredible India: The story of 1971 Lok Sabha election - All you need to know

Lok Sabha election in 1971 was all about how the Indian National Congress split into two even as many rival parties grouped together to mount a challenge to Indira Gandhi. 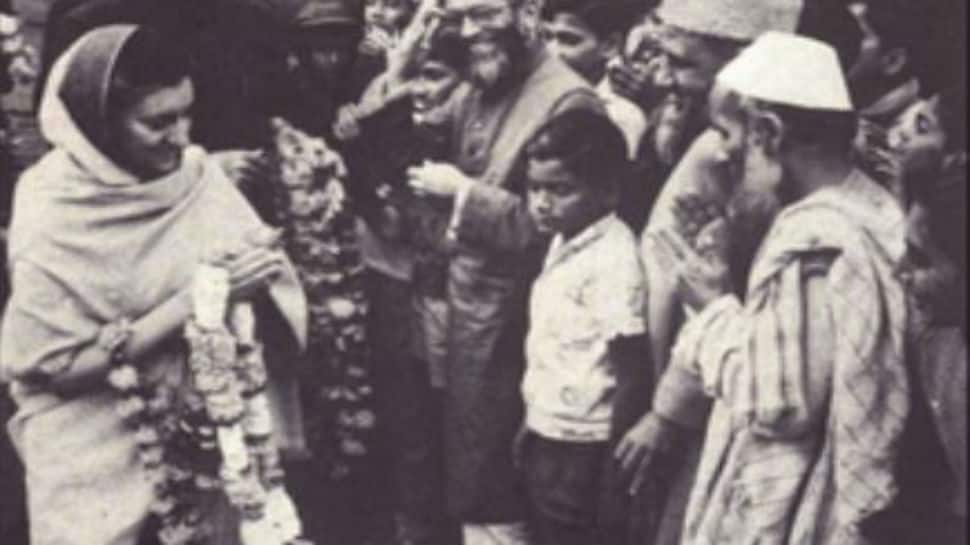 Despite a wide split in the Indian National Congress, Indira Gandhi managed to secure a thumping win in 1971 - but not without controversy. (Photo: inc.in)
Share:
Written By:

The late 1960s and the start of the 1970s were years which saw a number of changes in the social, political and economic characteristics of India. The country had begun seriously addressing grave problems its population faced – including food shortage and economic slowdown, even if concrete results were not yet quite visible.

The biggest change in these years, however, was in the political climate of the country, and in the Indian National Congress in particular. Murmurs of dissent against Indira Gandhi had already plagued the party before the Lok Sabha election in 1967. The result, although in favour of the party, was also its worst so far in independent India. Indira Gandhi’s credentials were still in question and what’s worse is that many of who raised the questions were from her own party. There were accusations against her that she had increasingly begun adopting a leftist policy – the nationalisation of 14 banks in the country in 1969 hardly helped her case. Then there was the decision to abolish the Privy Purse of former rulers of princely states in the country.

Fictional feuds and major differences in opinions eventually led to Indian National Congress president S Nijalingappa expelling Indira from the party in 1969 on charges of violating party discipline. She was accused of ‘fostering a cult of personality’ which – her critics say – was regarded as an essential need by Indira to not just stay relevant but stay in complete control. That the party lost several states in the so-called Hindi belt also acted as a catalyst.

The party fractured into Congress (O) under leaders like K Kamaraj and later Morarji Desai, while Indira formed Congress (R). While ‘O’ stood for Organisation, the ‘R’ in Indira’s party name stood for Requisition. The split in the Indian National Congress was essentially a split between the veterans and old guards of the party on the one hand, and Indira and her supporters/loyalists on the other. It was also regarded as a split between right-inclined leaders and left-wingers.

Immediately after the split, as many as 446 of 705 members of the erstwhile united party crossed over to Indira’s Congress (R). This in itself was regarded as Indira’s massive show of strength even if the split itself came as a massive blow to the country’s ‘grand old party.’

The situation looked ripe for other political parties – mainly Swatantra Party – to further strengthen itself after a commendable showing in the Lok Sabha election of 1967. It would join the ‘Grand Alliance’ in 1971 with the aim of defeating Indira – a dream that would not come true for another few years and not for this party in at all because it declined after the death of C Rajagopalachari in 1972.

In this time frame, no single political party was still big enough to challenge the might of even a fractured Congress but coming together of rivals with the common objective of downing Indira emerged as a cornerstone in Indian politics.

On the economic front, there was some muted cheer as the growth rate was mostly above the 3 per cent mark – higher than what was witnessed before the 1967 Lok Sabha election but still considerably lower than the target set in the Fourth Five-Year Plan.

The start of the Green Revolution was a big step in the direction towards addressing the massive problem of food shortage in the country. Under this, there were widespread changes in the agricultural sector. Modern technology and extensive research ensured that there was a noticeable increase in crop output. While critics claim that the Green Revolution resulted in long-term sociological and economic challenges for many, and that most data pointing to higher yields between 1966 and 1971 do not attribute it to favourable weather conditions, other feel Green Revolution did bolster India’s self-sufficiency in terms of food grains.

In the diplomatic sphere, India maintained its non-aligned stature even as the Cold War between the United States and USSR continued unabated. While her critics did feel that Indira was slightly more inclined towards USSR, there was no rampant deviation from the non-aligned stance. This even though Pakistan had actively pursued closer ties to the United States. Declassified US documents since reveal that during the 1960s, Washington also looked at Pakistan as an example of a moderate Muslim state. Little wonder then that Pakistani military was being actively supported by the United States in terms of technology and equipment. A study by the International Institute for Strategic Studies in London goes on to say that Pakistan had a better armour strength than India in 1965. Pakistan also had nine regiments of Patton tanks while India mostly had Sherman tanks. Nonetheless, India maintained that it remained determined to not side with one power or another and risk its sovereignty.

There were 27 states and union territories at the time of the 1971 Lok Sabha election. These were:

Madras was renamed as Tamil Nadu on January 14 of 1969 and barring this, there were no changes in the status of states and union territories between Lok Sabha elections of 1967 and 1971.

There were eight national parties and another 17 regional parties which contested the 1971 Lok Sabha election. The number of registered but unrecognised parties saw a spurt and 28 of these were present at the time.

The political battle lines were quite clearly defined in the run up to the Lok Sabha 1971 election. While Congress (R) fancied its prospects under the leadership of Indira – who was determined to consolidate her power, Congress (O) teamed up with the likes of Swatantra Party, Jana Sangh Party and Samyukta Socialist Party to form the ‘Grand Alliance’.

Both Congress (R) and the Grand Alliance looked to field candidates in all 442 constituencies.

In addition, the Bharatiya Kranti Dal and the Praja Socialist Party fielded 95 and 63 candidates, respectively.

Interestingly, over 1000 independent candidates contested the Lok Sabha election of 1971.

Each of these parties, or political camps, put forward a number of promises, plans and programs to address key issues and take the country forward.

Congress (R), nonetheless, snubbed the challenge posed by all other rivals to cruise to an emphatic win.

Congress (R) under Indira won 352 seats by getting 63,905,356 (43.68 per cent) votes. No other party or alliance could even come close to the sheer dominance with Congress (O) especially hurt and winning a measly 16 seats. Swatantra Party had fancied its prospects after the previous Lok Sabha election but could secure just eight seats. Bharatiya Jan Sangh managed to win 22 seats while Communist Party of India and Communist Party of India (Marxist) won 23 and 25 seats, respectively. DMK emerged as a strong regional player by securing wins in 23 seats.

What the eventual result showed was that Indira was the undisputed leader and had been given the mandate to govern by the people of the country. She would go on to form the government with 36 members.

In Indira’s win in 1971 though were the seeds of  absolute political discord and bitter acrimony that would define most of the 1970s. The subsequent years would rock the nation with accusations that Indira had used government machinery to script her own victory in the Rae Bareilly constituency and that this amounted to election fraud. In 1975, the Allahabad High Court convicted her on this count and it was in response to this that she declared the Emergency, that remains a matter of raging political debate in contemporary Indian politics.