There were issues between Shiv Sena and BJP, but resolved now: Uddhav Thackeray

Uddhav was speaking at a rally ahead of filing of nomination by BJP chief Amit Shah for the Gandhinagar Lok Sabha seat. 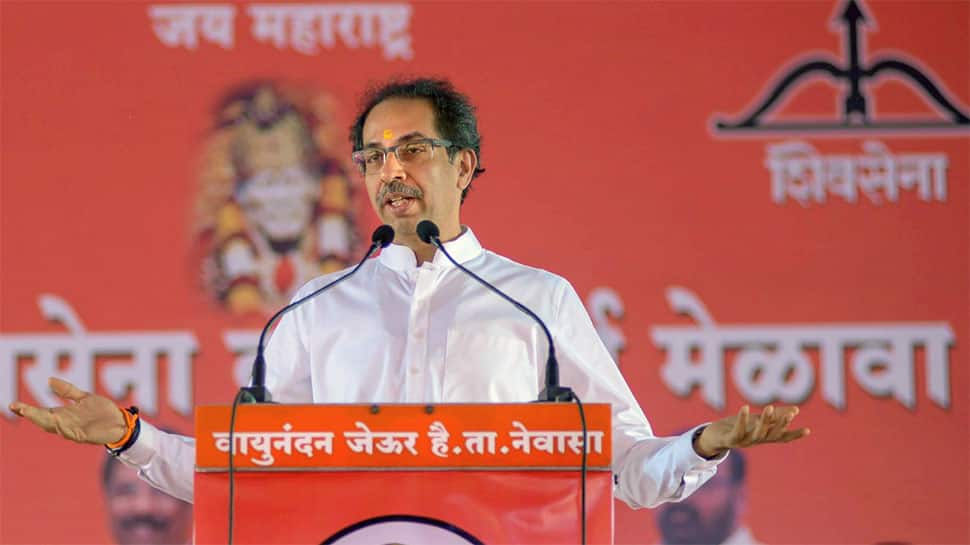 AHMEDABAD: Shiv Sena chief Uddhav Thackeray Saturday said although there were differences between his party and the BJP earlier, all the issues have been resolved now.

He also said the two parties had similar goals and their ideologies and hearts were woven together. Thackeray also praised Prime Minister Narendra Modi, saying the opposition had no leader that matches his stature.

He was speaking at a rally here ahead of filing of nomination by BJP chief Amit Shah for the Gandhinagar Lok Sabha seat.

Thackeray said he took part in the rally to give his best wishes to Shah. "Many people will raise eyebrows why I am here, many people are happy that I am here, but some have stomach pain due to it," Thackeray said.

"Some people were rejoicing that the two parties with the same ideology are fighting with each other. We had some manmutav (bad feeling) and matbhinnata (difference of opinion). But when Amit Shah came to my house and we sat and held talks, all the issues were resolved," he said.

"We have similar goals. Our ideologies and hearts are woven together. We have come together because Hindutva is what binds us," he added.

"My father (Bal Thackeray) taught us that whatever we do, we should not do it from behind. We had raised people's issues. We have never back-stabbed and never will," he said.

"Shiv Sena and BJP have the same ideology of Hindutva. My father used to say Hindutva is our breath. But if our breath stops how can we survive?" he asked.

Thackeray said whatever happened in the last five years between the Sena and the BJP was past now.

"We should not forget our history of partnership of 25 years that preceded these five years. We were just two parties carrying the saffron flag, nobody was ready to align with us except Badal sahib.

The Shiv Sena and the BJP were engaged in a bitter war of words in Maharashtra for the last five years of the NDA rule, though they were sharing power both at the Centre and state levels.

Before the 2019 election, there were doubts whether the two parties would join hands or not. However, finally both the saffron parties decided to patch up and fight the elections together.

"They (opposition) have started pulling each others' legs even before the polls as everyone wants to become the prime minister and I am not sure how long it will go," he said.

He said the opposition has no leader that matches the stature of Modi. "I would like to ask who their leader is. If they organise a rally, will their supporters shout one name like you people shout," Thackeray said, following which people started shouting 'Modi, Modi'.

"Who is against us (in opposition)?...Nobody in this election. You will only see saffron saffron and saffron," he said.