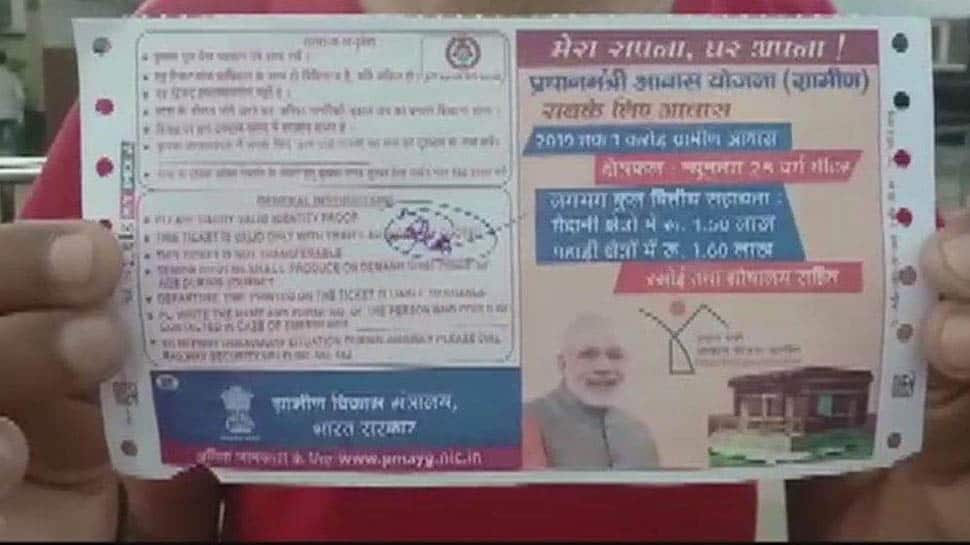 A total of four railway employees were suspended after tickets with the photo of Prime Minister Narendra Modi printed on them were issued to passengers, according to news agency ANI on Tuesday.

The incident took place at Uttar Pradesh's Barabanki railway station on Monday. The four people have been suspended by DRM (Divisional Railway Manager) Lucknow. Besides two reservation clerks, one Chief Reservation Supervisor and a Commercial Inspector have also been suspended.

The railway ticket issued contains the achievements of the BJP with regard to Pradhan Mantri Awas Yojana (PMAY) and photograph of PM Modi. The photograph was part of an Urban Development Ministry advertisement campaign. A portion of the back side of the ticket is often used for advertising.

The Model Code of Conduct (MCC) came into effect from March 10 when the dates for voting in the Lok Sabha election were announced. It comes into effect to primarily ensure that no party or political leader is able to get an unfair advantage before elections in states or the country as a whole.

2 Railway employees have been suspended after tickets with photo of PM Modi printed on them were issued to passengers at Barabanki railway station yesterday. ADM says, "On 13 April, when shift changes, the old roll was mistakenly used. 2 employees suspended, dept probe underway" pic.twitter.com/1fbLFbXq9X

Earlier a series of instances of violation of the model code of conduct had taken place after the poll code came into force. Tickets have been issued to passengers with photographs of PM Modi and teacups carrying the chowkidar slogan--'main bhi chowkidar'-- have been found. This particular cup was found on board 12040 Kathgodam Shatabdi. Tea was served twice in these cups.