Tom Vadakkan has been a close aide of Sonia Gandhi.a 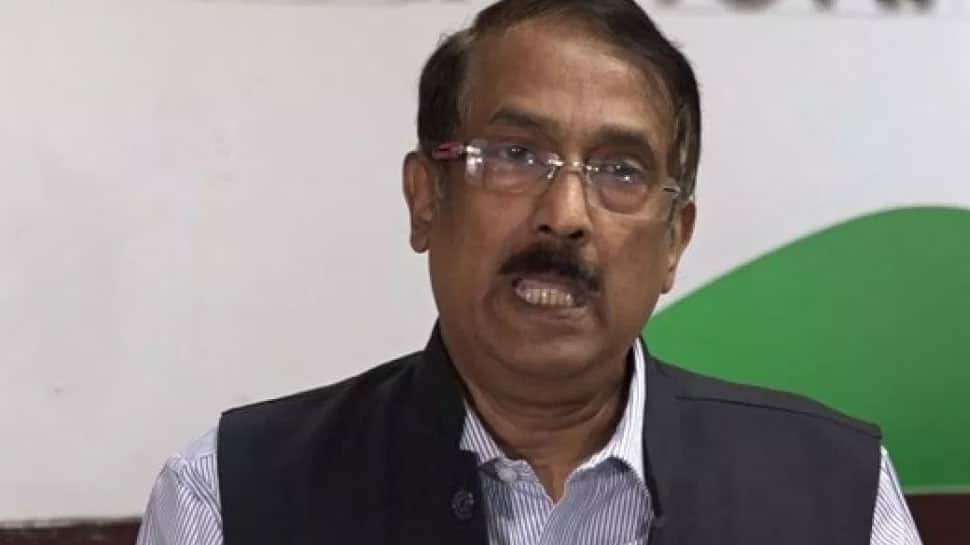 Vadakkan was formally inducted into the saffron party in the presence of Union Minister Ravi Shankar Prasad and other top BJP leaders.

Soon after joining BJP, Vadakkan attacked his former party for its stand on the Pulwama terror attack and India's retaliatory strikes.

"I am deeply hurt when my party (Congress) of 20 years questioned the integrity of the armed forces,'' Vadakkan said.

Vadakkan claimed that he had no option but to leave the party as its political stand went against the nation.

He said that he was "hurt" at the situation within the Congress where it was not clear that who was the power centre.

The former senior Congress leader claimed that dynastic politics in the party had reached a zenith.

“A use-and-throw phenomenon has started, it is not acceptable for self-respecting workers of the party,” he said. No one knows who the power centres in the party are, he said.

During Sonia Gandhi's tenure as Congress president, Tom Vadakkan was an integral part of the party's media management team.

He is believed to have been among a handful of Congress leaders who were close to UPA chairperson Sonia Gandhi.

It is said that Vadakkan had lost his prominence and was apparently sidelined ever since Rahul Gandhi made big organisational changes in the party and appointed a young team.

Before joining the Congress party in the late 1980s, Vadakkan was employed in the corporate sector.

Due to his growing proximity with Rajiv Gandhi, he quit his corporate job and joined the Congress party as his media consultant.

In 2009 Lok Sabha elections, Vadakkan was projected as a party candidate from Thrissur but was eventually denied a ticket owing to a protest mainly within the party.

He is a native of Thrissur in Kerala.

Though Vadakkan is a familiar name in the political circle, he is not seen as a grass root leader.

During the initial phase of his political career, Vadakkan was tagged as an ''outsider'' in Kerala politics. However, he continued to enjoy party high command’s confidence.

Vadakkan had to face a lot of opposition within the party and, in 2009, Kerala state spokesperson of Youth Congress Gopa Prathap was expelled for six years for speaking against him.

The then DCC President Thrissur CN Balakrishnan had opposed him and said that making Vadakkan contest would be a move to 'impose outsiders’ on regional leaders.

According to Congress party insiders, Tom Vadakkan had for long nurtured the dream of contesting from the Thrissur Lok Sabha seat.

Though he was favoured by the party high command, he had to face stiff resistance from local leaders who opposed his candidature from Thrissur.

Interestingly, in 2014, influential Christian bishops had backed his candidature but Vadakkan was still not given the party ticket to contest from Thrissur.