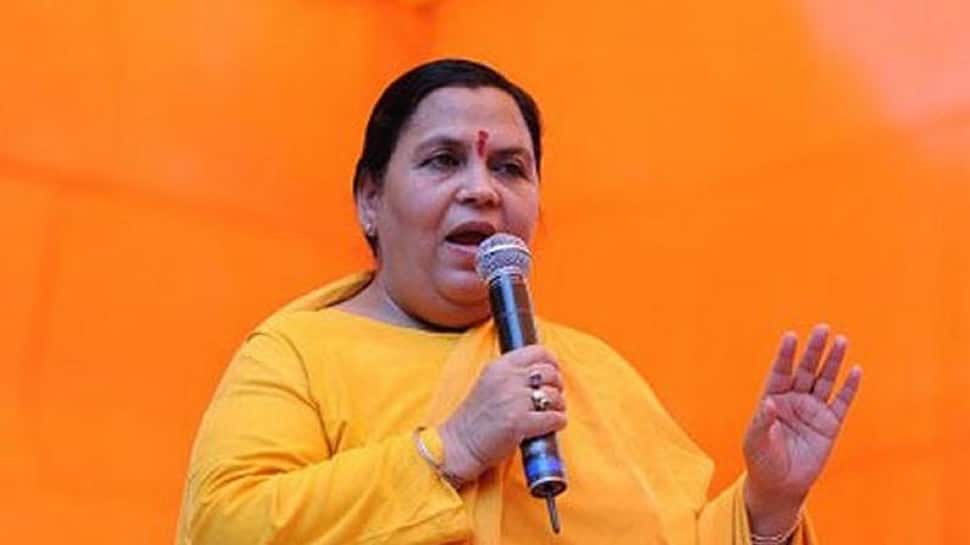 "As Uma ji has written to BJP president Amit Shah, reiterating her decision not to contest the Lok Sabha elections, the party has appointed her the national vice president of the BJP," Nadda said at a press conference.

Drinking Water and Sanitation Minister Uma had told Shah that she won`t be contesting 17th Lok Sabha elections, adding that she will be happy to accept any other responsibilities assigned to her by the party.

"Dear friend, as I have already declared, reiterating the same I had written a letter to the party president Mr Amit Shah, repeating my request of not contesting an election, so that the party officially declares it," wrote Bharti on her Twitter account.

"I have told all the friends that for the next one-and-a-half years, I want to spend the maximum time on the banks of the Ganga. During this period, I will participate in the Lok Sabha election campaign according to the BJP`s directive, and will fulfill the responsibilities assigned to me," she said.

Bharti, however, said that she will not retire from politics till `her last breathe` and will continue to do politics for the rights of poor man.

"Prime Minister @narendramodi ji is the head guard of the country. All of BJP workers are included in the army of the chowkidars. My wish is that our government is formed and Narendra Modi becomes the Prime Minister again," she had tweeted.

In 1989, Bharti contested and won Khajuraho Lok Sabha seat, and retained it in elections conducted in 1991, 1996 and 1998. In 1999, she switched her constituency and won Bhopal seat in Madhya Pradesh. She won the last poll from Jhansi in UP.

In December last year, Bharti had announced to take a break from active politics to focus on the issue of Ram temple and cleaning of Ganga river. She had also announced that she would not contest the Lok Sabha polls in 2019