Shah said the workers of Shiv Sena and BJP "wanted the two parties to contest the elections together and form the governments in Maharashtra and at the Centre again." 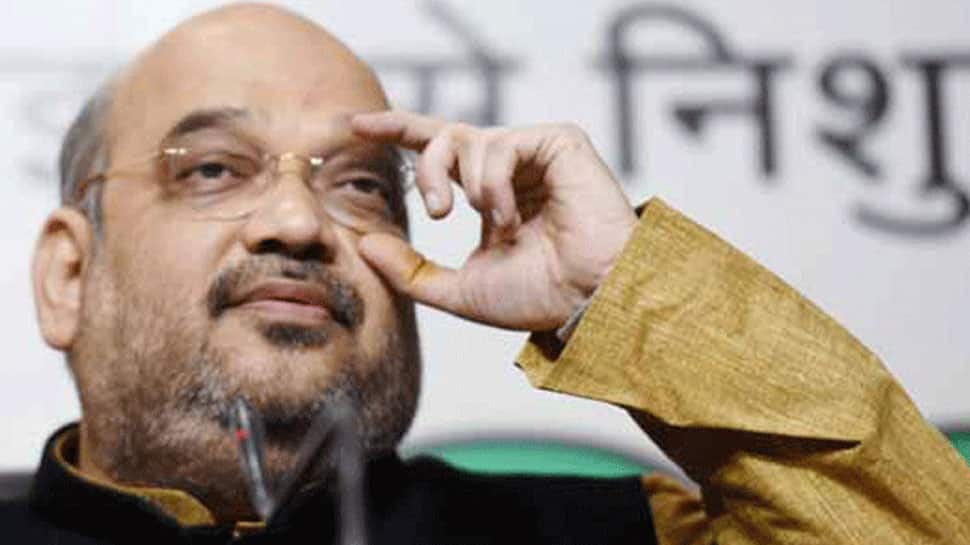 Expressing happiness over the two parties coming together by burying their differences, Shah said: "Under Prime Minister Modi’s leadership, the NDA government, of which Shiv Sena is a part, has worked for taking the country forward in the last five years through various initiatives."

"I have full trust that in the upcoming Lok Sabha and Maharashtra Assembly elections, workers of both Shiv Sena and the BJP will fight shoulder to shoulder and will win," Shah told media persons after announcing their seat-sharing arrangement.

As per the arrangement, Shiv Sena will contest 23 seats, and BJP 25 seats of 48 Lok Sabha seats at stake in the state. In the Vidhan Sabha elections, they will contest on an equal number of seats. "The workers will try to save this alliance for a long time from their heart. I hope that after the coming Lok Sabha elections, we will be able to make a strong government under the leadership of Prime Minister Modi at the Centre again," he said.

Shah said the workers of Shiv Sena and BJP "wanted the two parties to contest the elections together and form the governments in Maharashtra and at the Centre again."

"Shiv Sena and Akali Dal have supported the BJP in both good and bad times. I feel happy that both parties have decided to work together in the future. I am confident that this alliance between Shiv Sena and the BJP will win elections again," he said.

"I am confident that in the coming Lok Sabha elections, BJP and Shiv Sena will win 45 out of 48 seats in Maharashtra," Shah said during the press conference, which was also addressed by Shiv Sena chief Uddhav Thackeray and Maharashtra Chief Minister Devendra Fadnavis.

BJP-Shiv Sena alliance is going to be Maharashtra’s first and only choice: PM Modi