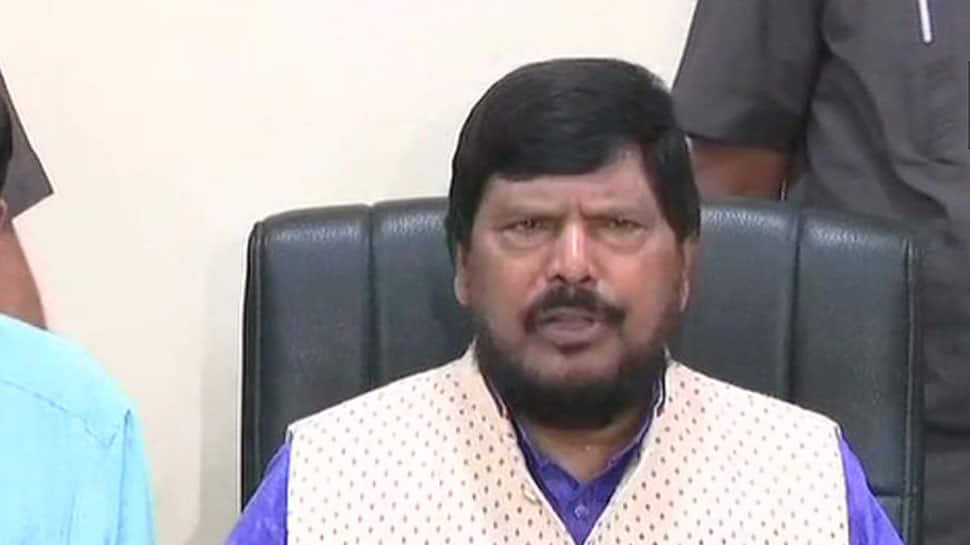 Terming the Congress as "casteist", the Dalit leader said that party president Rahul Gandhi should not dream about becoming Prime Minister. "...Kumaraswamy is upset, I request him-why are you behind Congress when the BJP-JD(S) coalition government can be formed?"Athawale told reporters here.

Stating that there was such a proposal earlier, he said "Congress was clever, they supported Kumaraswamy and made him CM, but Kumaraswamy is crying, he is not happy with Congress people. So I feel that this government will not last long."

"Kumaraswamy has to come back to the BJP and if Karnataka's development has to happen...Kumaraswamy has to leave Congress and come back. Staying with BJP will benefit as Modi ji government is coming (to power) with NDA securing over 350 seats" he added.

In 2006, Kumaraswamy had joined hands with BJP to form the coalition government, overthrowing the Dharm Singh led Congress-JD(S) government, that lasted about 20 months.

"Asked if he would mediate between BJP and JD(S) leaders, he said after the Lok Sabha elections, "we can try, because if Modi government comes, then I doubt that Kumaraswamy will be safe (as Chief Minister)."

Athawale said eradication of poverty was something only Modi could do and not Rahul Gandhi and the Congress president should not dream about becoming Prime Minister.

"Eradication of poverty is Narendra Modi's work, not Rahul Gandhi's- it is not something he can do. Rahul Gandhi should not dream about becoming Prime Minister," he said.

"As long as there is a Narendra Modi wave in the country, how can Rahul Gandhi become the prime minister?" he added.

Stating that Rahul Gandhi does not have the support of Mahagatbandhan leaders, Athawale said the leaders were posingfor photographs only to oppose Modi. He said the Congress calls BJP "jaatiwadi" (casteist), but it is the most casteist party.