Ambedkar, who is also a three-time MP, made the statement during a rally in Yavatmal district of Maharashtra. 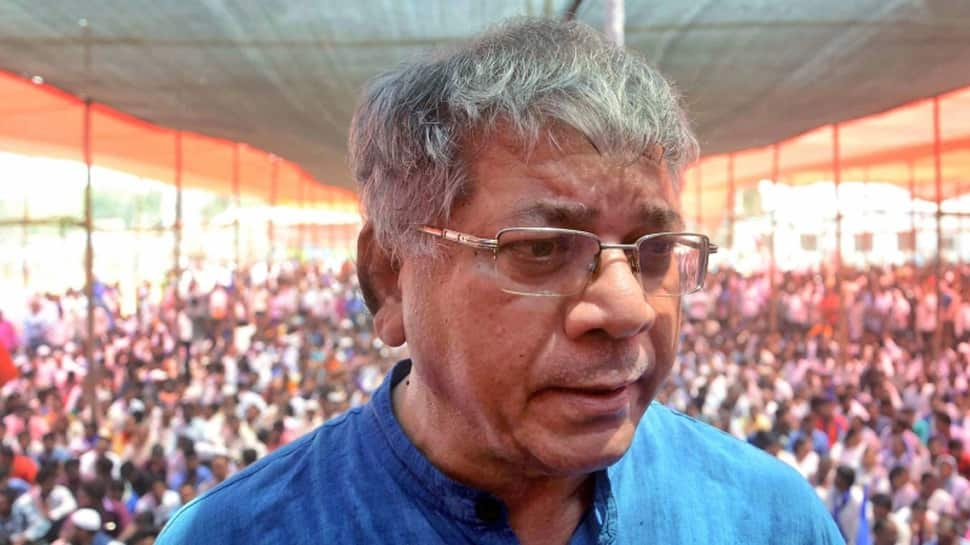 MUMBAI: In a controversial statement, well-known Dalit rights activist Prakash Ambedkar on Thursday said that he will put the Election Commission (EC) behind bars for two days for not allowing the political parties to speak about the February 14 terror attack on CRPF personnel in Pulwama.

Ambedkar, who is also a three-time MP, made the statement during a rally in Yavatmal district of Maharashtra. The state election commission has taken cognisance of the matter and has directed the local poll officials to submit a report in this matter by Friday.

Ambedkar is the grandson of Dr Babasaheb Ambedkar and he is contesting the Lok Sabha election from Solapur and Akola constituencies. He is fighting the election as a candidate of Vanchit Bahujan Aghadi (VBA) - an alliance of Ambedkar-led Bharip Bahujan Mahasangh and Asaduddin Owaisi's AIMIM. The VBA has announced to field its candidates in all 48 Lok Sabha seats in the state, PTI reported.

"We have lost 40 soldiers (in Pulwama), but still sitting quietly. We have been asked not to speak on the Pulwama attack. How can the EC gag us? Our Constitution has given us the right to speak. I am not the BJP. If voted to power, we will jail the Election Commission for two days," Ambedkar said during the rally.

Ambedkar addressed another rally in Nanded and said that the notes declared illegal by the Modi government will be remonetised if he was voted to power.

Talking to PTI, additional chief electoral officer Dilip Shinde said, "We have sought a report from the local poll officers where Ambedkar made the alleged remark. We have also asked the officers to submit the report by today itself."

Ambedkar, however, tried to defend himself by saying that he had made a "general" statement. "I said it in a general sense, but only my comment on the EC was singled out," Ambedkar told PTI.

The polling in Maharashtra will take place in four phases, starting April 11 and concluding on April 29. The second and third phase of polling are scheduled to April 18 and 23. The counting will take place on May 23.