Posters put up in Islampur on the occasion of Ramnavami showed the name of the place as Ishwarpur while a donation box was also put up to gather more support. 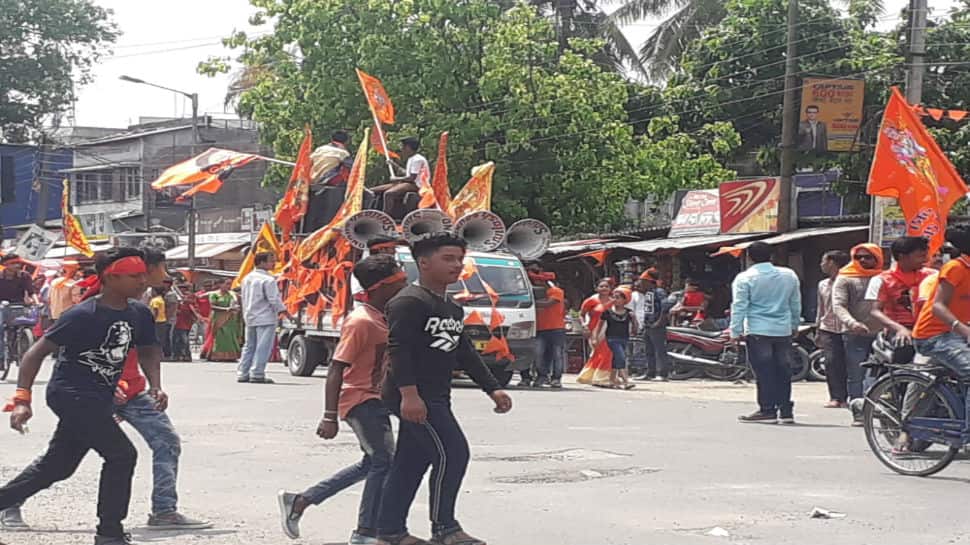 Kolkata: Islampur made news a few months back when two youths were killed over violence related to the recruitment of an Urdu teacher. On Sunday, Islampur celebrated Ramnavami and paid homage to Pulwama martyrs and those two killed in Darbhith.

Posters put up here showed the name of the place as Ishwarpur.

A collection box, reportedly of VHP, was also placed for collecting funds to gather more support to change the name of Islampur to Ishwarpur.

After the Darbith incident, VHP has started demanding a change in the name of Islampur and BJP candidate Debosree Choudhury also stressed on the need to change the name of the place while campaigning on Sunday. "If people demand, the name will obviously change. Ram's name is always with BJP. We are not doing politics. Mamata Banerjee does politics with adharm".

Islampur falls in the constituency of Raigunj which will go for polls on April 18. Raigunj has been a Congress stronghold and of its candidate Dipa Dasmunshi although this seat was last won by Md Salim.

Kanailal Agarwal, who is now contesting for TMC, also took part in Ramnavami festivities but pointed fingers at the BJP candidate. "They are always doing politics with Ram. We don't do that. They will not win and therefore, there is no way that the name of Islampur will be changed."