New Delhi: The Editors Guild of India has condemned several incidents of physical attack on journalists in West Bengal on Thursday, during the fifth phase of Lok Sabha election 2019.

Journalists belonging to Zee News and other media organisations were allegedly attacked by Trinamool Congress (TMC) workers at different polling stations. In Barrackpore, a Zee News reporter was injured in the attack. 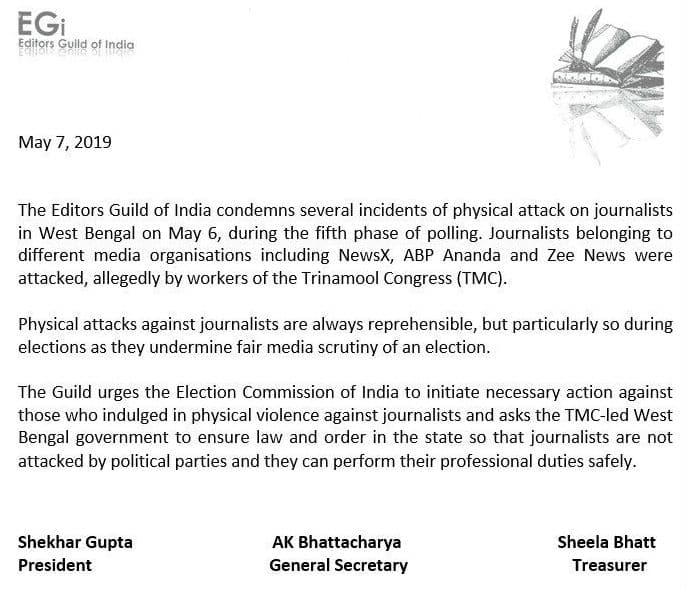 Therefore, the Editors Guild has urged the Election Commission of India (ECI) to take action against those who indulged in such acts.

"Physical attacks against journalists are always reprehensible, but particularly so during elections as they undermine fair media scrutiny of an election, the Editors Guild said in a statement.

The body has asked the Mamata Banerjee-led TMC government in West  Bengal to ensure law and order in the state so that journalists are not attacked by political parties and they can perform their professional duties safely.

Violence marred the fifth phase of polling in West Bengal, where the interim voter turnout was 74.4 percent. Seven seats in the state voted during this phase.