Virat Kohli casts his vote, urges others to exercise their 'right'

Virat Kohli was among the early voters. 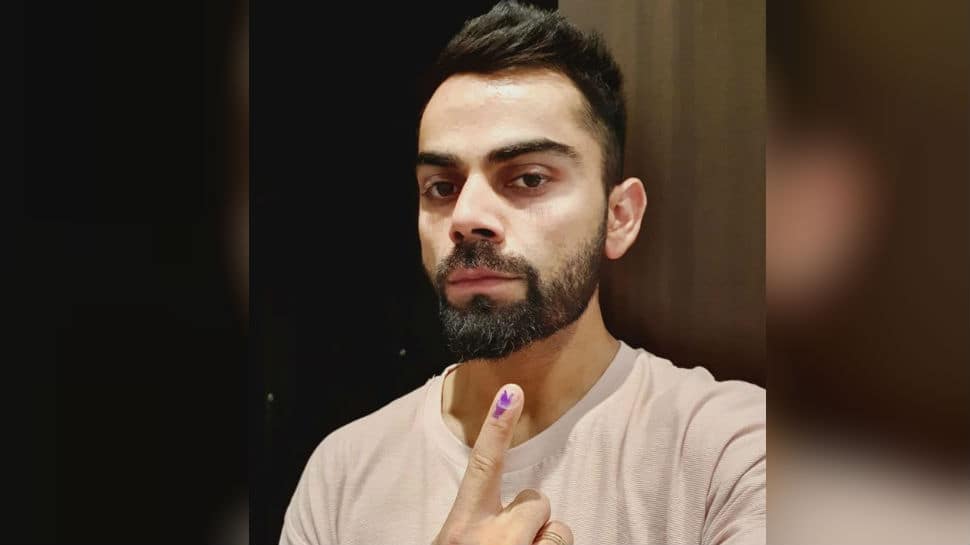 Cricketer Virat Kohli, who cast his vote on Sunday morning, appealed to voters to exercise their franchise. He was among the early voters and was accompanied by brother Vikash to the polling booth.

"Voting is your right and responsibility towards nation building. Go vote," tweeted Kohli while sharing a picture of himself flashing his inked finger.

Ahead of the sixth phase of election, Kohli had shared that he will vote from Gurgaon and also shared a picture of his Voter ID card.

His wife and actress Anushka Sharma had cast her vote from Mumbai during the fourth phase.

All the 10 Lok Sabha seats of Haryana went to the polls amid heightened security in the penultimate phase of general election.

Apart from Haryana, voting is also being held in 14 seats in Uttar Pradesh, 10 in Haryana, 8 each in Bihar, Madhya Pradesh and West Bengal, all seven seats in Delhi and 4 in Jharkhand.