Calling the film a modest one, he asked why senior lawyers like Abhishek Singhvi and Kapil Sibal are wasting time on filing a PIL on the film. 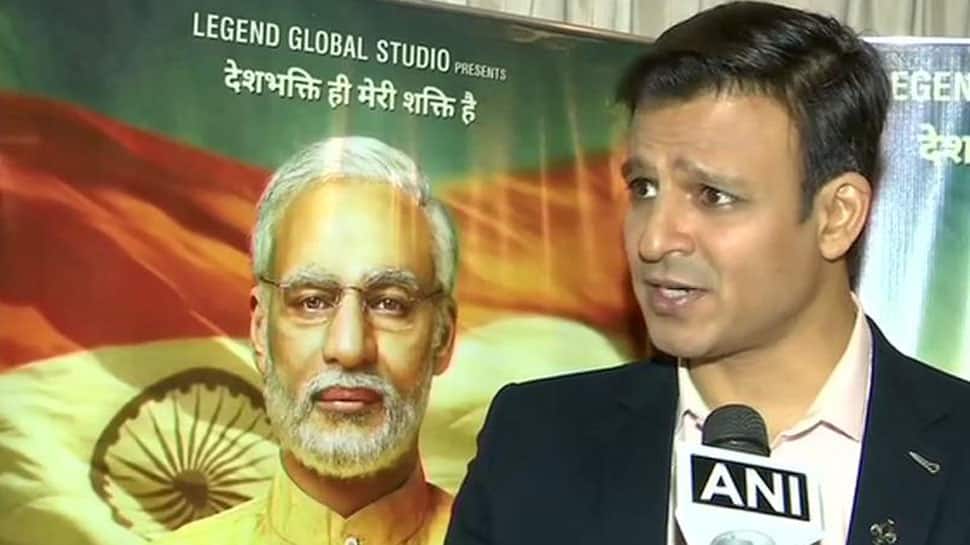 Actor Vivek Oberoi, who is all set to play the lead role in the upcoming biopic 'PM Narendra Modi', on Wednesday slammed the Congress alleging that they are afraid of 'chowkidar ka danda' (the stick of the watchman).

Speaking to reporters the actor questioned the overreaction of the party. Calling the film a modest one, he asked why senior lawyers like Abhishek Singhvi and Kapil Sibal are wasting time on filing a PIL on the film.

He said that the movie doesn't project PM Modi as larger than life as he is already one and asserted that it is an inspirational and independent film. Oberoi also added that PM Modi is already a hero not only for him but for crores of Indians staying within the country and abroad.

"I don't understand why some people are overreacting like this. Why are such senior and famous lawyers like Abhishek Singhvi ji and Kapil Sibal ji wasting time on filing a PIL on such a modest film? Don't know if they are scared of the film or of Chowkidar's 'danda'. We are not projecting Modi ji as larger than life, he already is larger than life. We are not projecting him as a hero, he already is a hero, not only for me but for crores of people in India and abroad. Its an inspirational story which we brought to the screen," said Vivek.

The actor said that the film has nothing to do with politics or election. He added that the story is that of a 'desh-bhakt' (patriot). He accused the Congress of fearing the film.

"Film has got nothing to do with politics or elections. The story is that of a Desh-bhakt. It is a sad to see that legendary lawyers like Singhvi and Sibal are wasting their time behind a film. Why should they fear a small little film? Just because they are worried about political bickering and battle. Where is the proof? How can they mud sling on 18 years of my career? You are free to doubt. But the truth is it is an independent film. It is an inspirational story of a chai wala (tea vendor) in Vadnagar rising to such level without having the backing of a big family, English education and resources. This film shows what he went through. This biopic shows that anybody can become Prime Minister," added Vivek.

Ever since BJP kick-started its 'main bhi chowkidar' campaign ahead of the upcoming Lok Sabha election, 'chowkidar' has become a part of political discussions.

The film follows PM Modi from his humble beginnings to his years as the Chief Minister of Gujarat and finally his victory making him the prime minister. The movie recently came under the EC scanner after Congress and Left parties complained to the poll body saying that it violates the Model Code of Conduct. However, in a major relief to the makers of the biopic, the Bombay High Court on Monday disposed-off the PIL.

"We are filmmakers, we are not used to these courts and like you have Freedom of Expression, we as filmmakers have the freedom to make films on any subject and release anytime," said Vivek.

The film is scheduled to release on April 5.