Ravi Shankar Prasad`s statement came just a few days after the Patna Sahib seat held by Shatrughan Sinha since 2009 was given to the union minister. 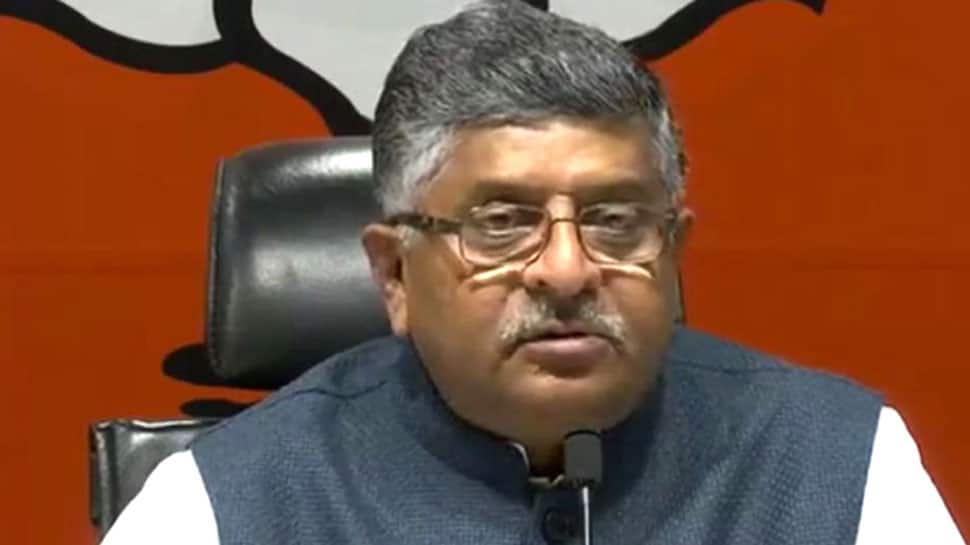 Patna: BJP leader and Union Minister Ravi Shankar Prasad on Tuesday continued his thinly-veiled attack on actor-turned-politician Shatrughan Sinha for been critical of the party`s top leadership on various occasions in the past and said that voters of Patna Sahib constituency will not remain silent.

"The whole of India wants Prime Minister Narendra Modi to remain in power for the second time. One more thing I want to say is that voters of Patna Sahib constituency will not remain silent," he said while speaking to media persons.

Prasad`s statement came just a few days after the Patna Sahib seat held by Sinha since 2009 was given to the union minister.

However, after flying to Patna from New Delhi, Prasad was greeted by chants of `go back` from supporters of businessman and BJP leader R K Sinha at the airport.

In a video that went viral on social media, Sinha`s supporters can be seen shouting slogans of `Ravi Shankar Prasad, go back` and `R K Sinha Zindabad.`They were apparently agitated over Prasad getting the ticket for Patna Sahib seat. Protesters claimed that Sinha was their leader from Patna, and Prasad never even came to meet the people.

Bihar will go for polling during all seven phases of the Lok Sabha elections. In Bihar, different constituencies will see polling on April 11, 18, 23 and 29 besides May 6, 12 and 19. The counting of votes will take place on May 23.