The first two phases had registered 69.50% and 69.44% voter turnout respectively. 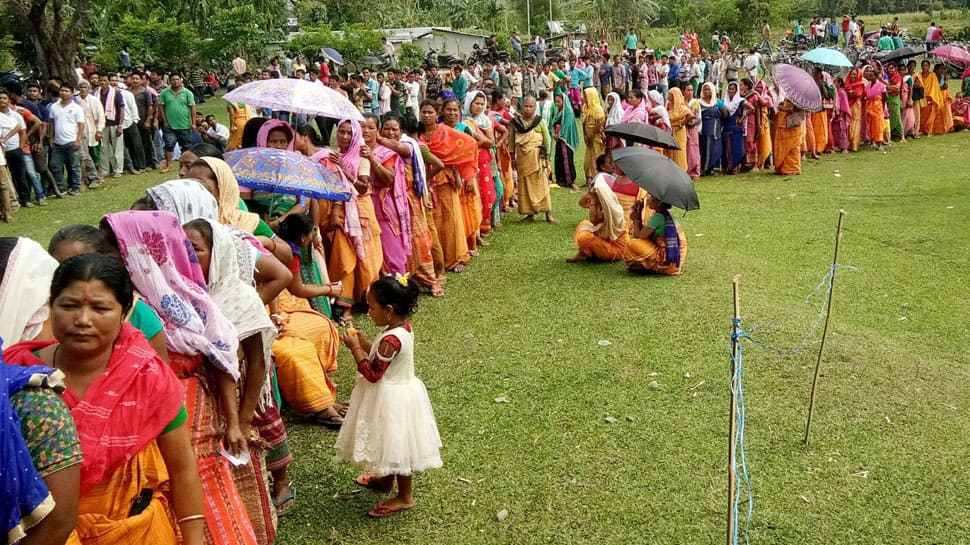 Voting for the third phase of the seven-phase Lok Sabha election 2019 concluded on Tuesday with an interim turnout of 66.27%. The polling was held in 117 seats spread across 13 states and two Union Territories. A total of 1640 candidates were in the fray in the third phase. The first two phases had registered 69.50% and 69.44% voter turnout respectively.

Voting was held in all 26 seats in Gujarat, 20 in Kerala, 2 in Goa, 1 each in Dadra and Nagar Haveli and Daman and Diu in the third phase on Tuesday. Besides, polling was also held in four seats in Assam, five in Bihar, seven in Chhattisgarh, one in Jammu and Kashmir, 14 in Karnataka, 14 in Maharashtra, six in Odisha, 10 in Uttar Pradesh, five in West Bengal and one in Tripura.

Addressing a press conference after the conclusion of the third phase of voting, the Election Commission said that a total of 22 states have completed their polling. The poll panel added that voting was mostly peaceful. "We have crossed a milestone of passing notification for all 7 phases," said the EC.

Sporadic incidences of violence were reported from some parts of West Bengal during the third phase on Tuesday. A man was killed outside a polling booth in clashes between Congress and TMC workers in Baligram, Murshidabad. In another incident, at least three people were injured after unidentified men hurled a crude bomb at them in Domkal municipality, in Murshidabad. Separately, a polling official was found dead in Buniadpur. Sources said that the official has committed suicide.

In Uttar Pradesh, some BJP workers manhandled a polling booth presiding officer in Moradabad alleging him of urging voters to vote for the Samajwadi Party.

Earlier on Tuesday, Prime Minister Narendra Modi cast his vote at a polling booth in Ahmedabad, Gujarat and said that the "voter ID" was a more powerful tool than the "IED" (improvised explosive device) used by terrorists.

Around 18.56 crore voters were eligible to cast their votes in the third phase. The EC had set up a total of 2.10 lakh polling booths/stations across 117 seats to conduct the polling in a free and fair manner.

The counting of the votes is scheduled to take place on May 23.