Vineet Agarwal Sharda said "Kamal, Kamal, Kamal..." over 40 times at a stretch in the one-minute video 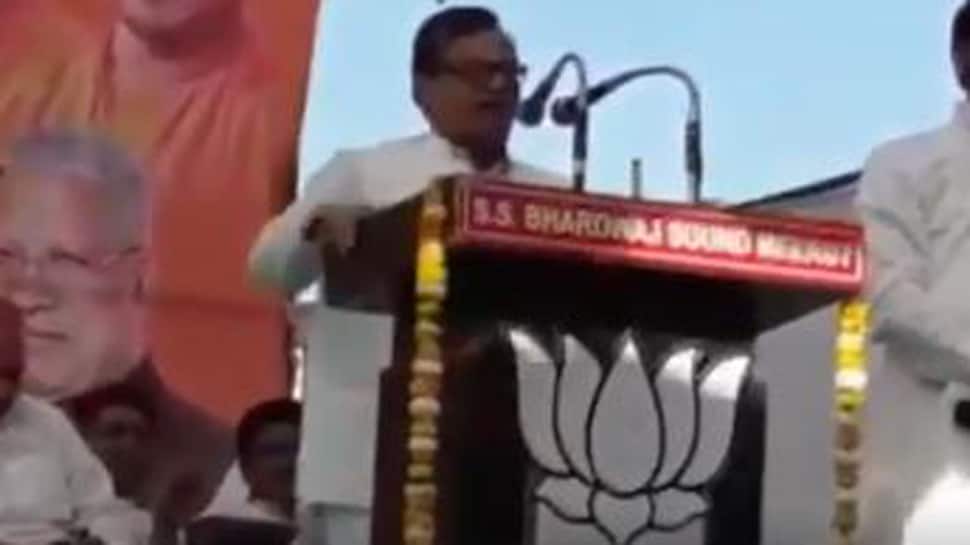 Meerut: A video of Bharatiya Janata Party (BJP) leader Vineet Agarwal Sharda addressing a public rally in Meerut went viral on Tuesday. According to news agency ANI, the rally was held on April 1 and in the video, Sharda can be heard repeating 'Kamal' (Lotus, BJP symbol) several times.

"Aapko sochna hoga ki Kamal chahiye ya kya chahiye," (You will have to think whether you want Kamal or something else) Sharda says in the video, before repeating, "Kamal, Kamal, Kamal..." over 40 times at a stretch in the one-minute video, leaving the audience amused.

In his speech, Sharda urged people to vote for Rajendra Aggarwal for the third time in the upcoming Lok Sabha election. He added if they do so, then Prime Minister Narendra Modi and Uttar Pradesh Yogi Adityanth would come as the reincarnation of Lord Ram and Laxman, respectively.

The voting for 80 Lok Sabha seats in Uttar Pradesh will be held in seven phases and Meerut will be going to polls in the first phase on April 11. Counting for the election is scheduled for May 23.