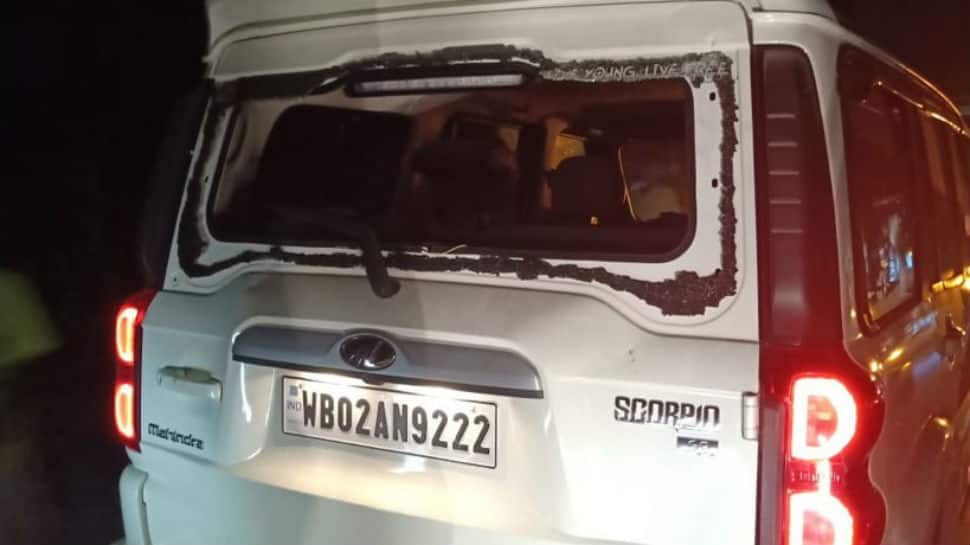 Assam minister Himanta Biswa Sarma, who was also part of the convoy, shared a series of tweets in connection with the attack alleging that the "TMC goons had blocked the roads but the West Bengal Police did not help them."

"I am appalled at such brazen abuse of power by Mamata Banerjee whose people have thrown all democratic norms to the gutter. Is this the New India that we dream of?" read one of Sharma's tweet.

TMC goons have blocked the roads on both sides, even as West Bengal Police personnel standing like mute spectator.

I am appalled at such brazen abuse of power by @MamataOfficial whose people have thrown all democratic norms to gutter. Is this the #NewIndia that we dream of? pic.twitter.com/BcW5AxLXKa

He also added that many of the BJP workers have been injured and both the leaders have been "stuck" at the place.

We are at Khejuri in Kanthi LS constituency and attacked mercilessly by @AITCofficial goons. Many of our workers are injured even as @MamataOfficial goons gheraoing and abusing us. @BJP4Bengal President @DilipGhoshBJP and I are stuck.

Sharma further said that the CRPF personnel helped them in moving away from the place while three BJP workers were taken away by TMC goons in front of the police.

The @crpfindia personnel are helping us to gradually move away from here. Three .@BJP4Bengal workers are taken away by .@AITCofficial goons in front of police / Kultha Bazar, under PS Khejuri and kept in TMC union office. Goons have damaged 20+ motorbikes.#ShameMamata pic.twitter.com/XT7wWE0Cmn

The incident comes just a day after several incidents of violence was reported from West Bengal during the fifth phase of Lok Sabha election.

Go and teach abuses in Italy: Yogi Adityanath to Priyanka Gandhi over viral clip with kids