A body of a 42-year-old man was found hanging at the booth office of Bharatiya Janta Party (BJP) in West Bengal's Siliguri on Thursday morning, causing alarm in the area. 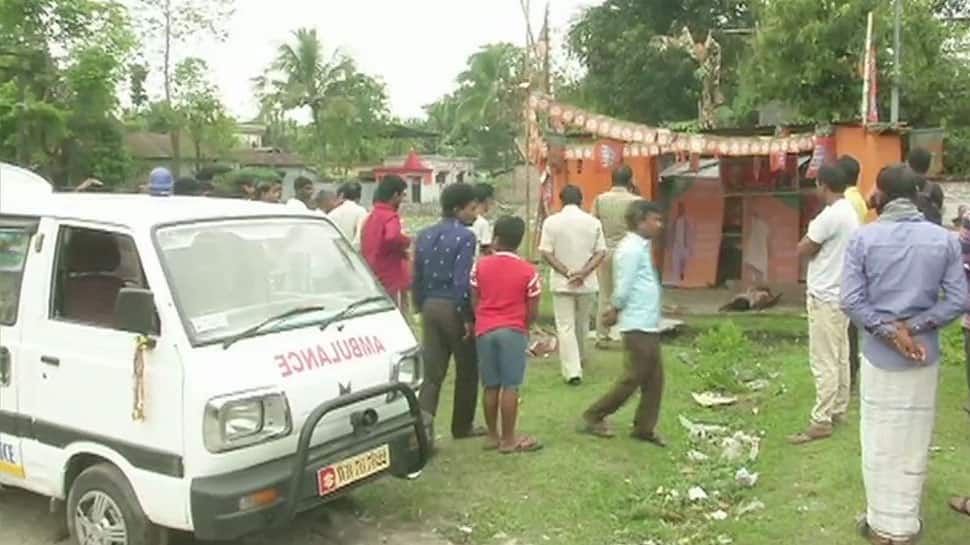 SILIGURI: A body of a 42-year-old man was found hanging at the booth office of Bharatiya Janta Party (BJP) in West Bengal's Siliguri on Thursday morning, causing alarm in the area.

The incident took place in the Municipal Corporation Ward Number 36. The deceased has been identified as Nitya Mandal who worked as a labourer.

Locals out on morning walk spotted the body hanging from the booth office and immediately alerted the cops.

The body has now been sent for postmortem. An investigation is underway.

"He had no fight or enmity with anyone, had been unwell. Don't know if its a murder or suicide," the deceased's wife Rina told ANI.

Hitting back, Trinamool chief Banerjee called Modi an 'expiry babu'. "I will not call him Prime Minister; he is `expiry babu` as his government has passed the expiry date," she said at an election rally in Cooch Behar district.

West Bengal, with a total of 42 Lok Sabha seats, sends the third largest number after Uttar Pradesh's 80 and Maharashtra 48.

The BJP, which clinched 17 per cent votes and two seats in 2014 national elections, has emerged as the second biggest party in the state.